Facebook Inc shares continue on their upward trajectory. The company posted a 52% rise in earnings for Q4. Sales growth increased 33%, up from 22% in the prior quarter. That marks two quarters of rising growth. 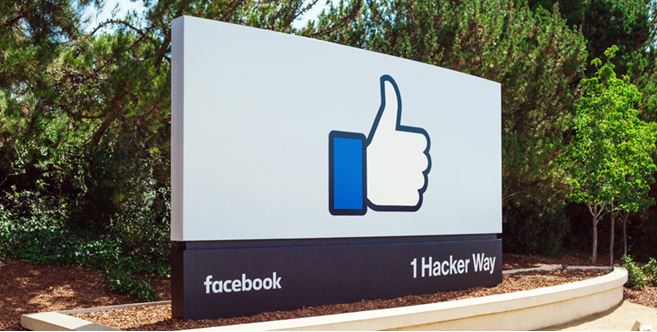 Actual entry price was $5.68 at the open of the market.

This was explained in the original recommendation......Read about it HERE.

We also wrote an article the day after the trade where an 80% profit was made in the first couple of hours – “Facebook Poised To Go Higher!”

It appears that Facebook Inc is just getting started!

That's according to a new analysis of the stock from analyst Lloyd Walmsley at Deutsche Bank, who has raised the target price of the shares to a new "street high."

Walmsley's new level is $385, from the previous $355. The former is more than 32% above Facebook's most recent closing price. He's maintaining his buy recommendation on the stock.

Walmsley believes that ad spending, a crucial source of revenue for the company, will see a rise.

"We think investor focus is starting to shift away from fears around iOS changes toward a continued ad recovery and benefits from more eCommerce activity shifting into Facebook's platform," Walmsley wrote in his research note explaining the price target hike.

Facebook Inc already has a massive user base, so it can't rely on significant improvement in those numbers to drive its business forward. Rather, it will be reliant on expanding advertising take and other revenue sources for meaningful growth. Walmsley thinks that it has several levers it can pull for this, including the Tik Tok-like Reels video feature in Instagram. He's estimating that Reels can potentially pull in $21 billion in revenue.

Facebook Inc has shaken off all sorts of political headwinds, sidestepping ferocious opposition from the conservative side of the aisle, and appears poised to break out in a major uptrend that could target 400.

Also, Jefferies analyst Brent Thill said on March 8 that the stock looked attractive following a recent pullback. He added that it trades at a 40% discount to the Nasdaq despite expectations that revenue growth will accelerate in 2021.

Shares of Facebook Inc continue to climb as the social media giant benefited from optimism about the vaccine rollout and the economic recovery later this year; as well as some bullish analyst chatter. The tech stock did seem to benefit from a rotation out of high-priced growth stocks and into value stocks, which includes Facebook since the company now trades at a discount to the S&P 500.

Facebook Inc ended the world's most challenging year in generations with 2.8 billion people visiting its namesake site each month. It had another 500 million unique visitors going to Instagram or WhatsApp on a monthly basis. Combined, that's 3.3 billion people (over 42% of the people on the planet) visiting a Facebook-owned asset at least once a month.

"This was a strong quarter for our business, as the acceleration of online commerce we've seen during the pandemic continued into the holiday season," explained Facebook chief operating officer Sheryl Sandberg during the company's fourth-quarter earnings call.

Even more, despite continued significant uncertainty in some advertising verticals, Facebook CFO Dave Wehner said he expects Facebook's year-over-year revenue growth rates to "remain stable or modestly accelerate sequentially in the first and second quarters of 2021."

Over the course of the past month, Facebook has had several blog posts laying out its strategy in human-computer interaction, or augmented reality (AR) and virtual reality (VR), and the company said it was working on a wristband that would control AR glasses. Facebook sees VR and AR as the next frontier in technology, and its Oculus platform is one of the leaders in the space.

On Monday, the social media giant announced Dynamic Ads for Streaming, a product that laser-targets the growing legion of streaming video service providers.

"With Dynamic Ads for Streaming, when people see an ad for your service in their feed, they can swipe through the ad to see personalized, relevant titles they might be interested in, based on interests they've shown on Facebook and Instagram," the company wrote, referring to both its eponymous social networking site and its high-profile photo-sharing site.

Facebook cited research from Kantar indicating that 64% of people considering a subscription to a streaming service are doing so based on its library, not an individual title.

As well, Facebook Inc started public testing of a new application dubbed Hotline on Wednesday, where creators can speak and take live questions from an audience.

This Q&A product combines audio with text and video elements and comes as social media platforms experiment with a rush of new live audio features.

The success of the invite-only, year-old app Clubhouse, which has reported 10 million weekly active users, has demonstrated the potential of audio chat services, particularly during the COVID-19 pandemic.

Facebook is also very aggressive with its VR development, which is a market that many believe will boom soon.

Toward the end of last month, Facebook's WhatsApp also got approval to handle peer-to-peer payments in Brazil.

Even at the all-time highs Facebook Inc shares still trade at an attractive valuation, even after the stock's strong performance recently.

Despite Facebook demonstrating strong business momentum and management guiding for a potential acceleration in the near term, shares trade at a very conservative valuation. The stock has a price-to-earnings ratio of just 30 -- a low level considering analysts, on average, expect Facebook's earnings per share to grow at an average rate of nearly 22% annually for the next five years.