BUt, “Weekly Options USA” Members are Up 872% Using A Weekly put Option!
Can More Profit Be Expected?
Don’t Miss Out On Further Profit!

Paypal PYPL stock was hammered on Wednesday, with shares down 26.6% at the session low.

But, “Weekly Options USA” Members, are up 872% using a weekly put option!

Can more profit be expected?

Don’t miss out on further profit! 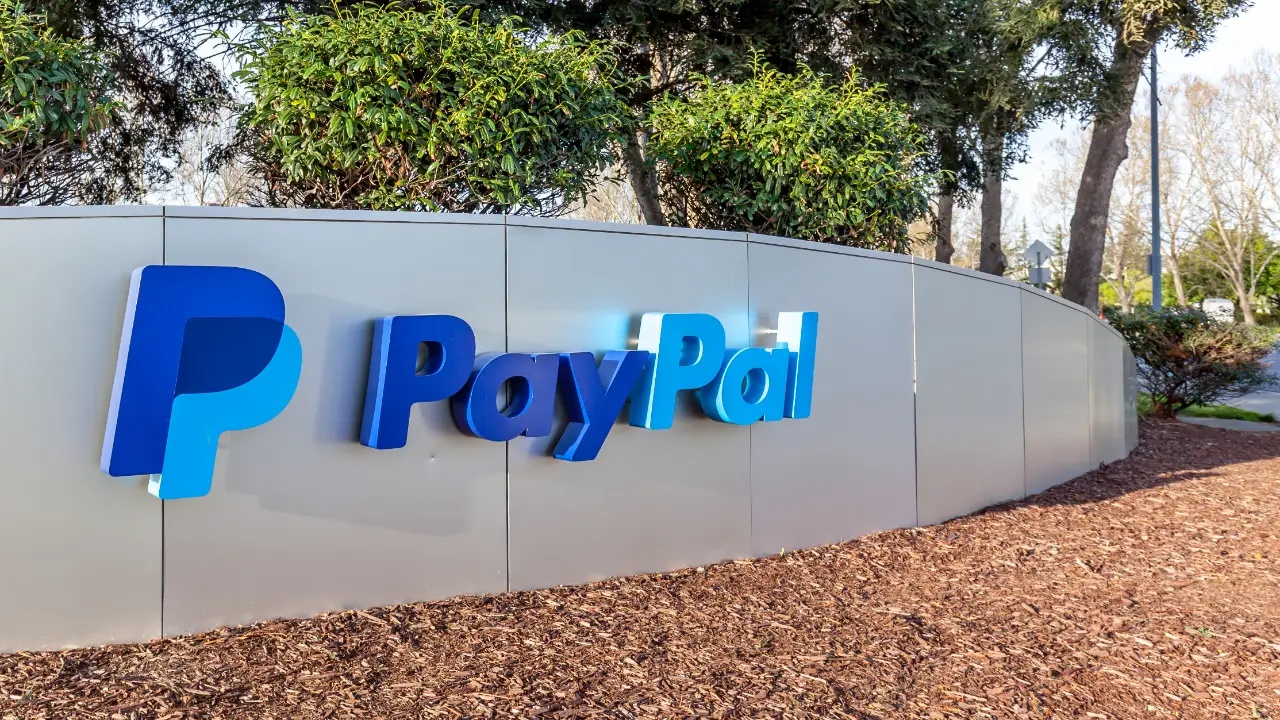 Paypal PYPL stock was hammered on Wednesday, with shares down 26.6% at the session low.

After yesterday’s trouncing the shares are now down 58.5% from their highs.

Members Profits on the PYPL Trade.....

As at the end of trading yesterday members were up 872%.

In other words, 1 PYPL option contract would have returned $3,661 potential profit for an outlay of $420.

To view the actual trade sent to members CLICK HERE.

PayPal is the highest valued digital payments platform in the world. It enables global commerce across multiple platforms and devices, bringing new buying opportunities to consumers and businesses across the globe.

Established in 1998, PayPal's mission is to democratise financial services and empower people and businesses to join together and exchange value for better experiences.

The company allows individuals and merchants to get paid in more than 25 currencies in over 200 countries. It also has a wide range of services and products to make the process of payments easier, including online invoicing, credit card acceptance, and buy now pay later options, to name a few.

At the same time, PayPal is constantly looking to the future, developing new technologies to improve its services and stay ahead of the curve. Some of its latest innovations include cryptocurrency investing, bill splitting, and budgeting tools.

The company gave rise to four billionaires, including Elon Musk, Peter Thiel, Max Levchin, and Reid Hoffman. The role of this company as a catalyst for the entire fintech industry cannot be understated.

Furthermore, two of the world's most recognised brands, LinkedIn and Tesla Motors, founded by Reid Hoffman and Elon Musk, were born partially due to PayPal's success.

Having been around for longer than two decades, PayPal is now a well-established name in the global fintech industry, giving it a solid competitive edge. In fact, it is now worth more than $220bn.

Nevertheless, competition is heating up, and PayPal will need to continue innovating to stay ahead. It remains to be seen whether it will be able to retain its title as the world's most valuable fintech brand by this time next year.

The Earnings Report for PayPal PYPL…..

The Nasdaq has been bouncing hard over the past few days, which has allowed PYPL stock to bounce too. However, earnings were just too disappointing to keep that rally alive.

PayPal released its fourth-quarter and full-year 2021 results after the market closed on Tuesday, and to put it mildly, investors weren't too impressed.

Revenues were mostly inline and earnings of $1.11 a share were a penny shy of expectations. Guidance was the real problem though, as management’s outlook for 2022 disappointed investors.

Total payment volume rose 23% in the fourth quarter, slowing from a 33% growth pace for all of 2021. Non-GAAP operating margins fell 291 basis points from a year ago.

"For the quarter, our guidance contemplated generating about 12.9 million net new actives [accounts] on an organic basis. We had a slower-than-expected finish to the year and came in below our target," PayPal CFO John Rainey said on a Tuesday evening earnings call.

"First, the more muted into the year for e-commerce growth driven by both supply chain challenges, as well as pullback in spending by lower-income consumers affected consumer growth. Second, in the back half of the quarter, we also changed course on some of our customer acquisition strategies, including incentive-led campaigns. And lastly and most impactful to the quarter, there were certain accounts that we disqualified or excluded from our net new active number.," Rainey added.

PayPal is expecting revenue growth in the 15% to 17% range for 2022, while analysts had been looking for about 18%. The company expects to add 15 million to 20 million new accounts in 2022, which was also lower than many had expected.

In addition to the weak outlook, PayPal's user growth wasn't quite what investors had hoped to see. The company reported that it discovered 4.5 million "illegitimate" accounts, and after excluding these, it missed its own expectations.

PayPal’s average 12-month target now sits at roughly $202, down from the $276 it was cut to in late November following underwhelming third quarter results. The stock has lost 58% since reaching a record high of $309 in July, dragging it to its lowest level since May 2020.

“While directionally the below consensus guide is not a surprise to us, the magnitude of the impacts are clearly more severe,” said Cowen analyst George Mihalos. He cut his target price on the stock to $174 from $221 previously but maintained his outperform rating.

Other analysts took an even more bearish stance on the company, with at least three firms including Raymond James, BTIG and Oddo BHF downgrading the stock to a hold-equivalent rating.

“We struggle to see how the stock garners a higher multiple in the short to medium term,” wrote Raymond James analyst John Davis. “Estimates are heading significantly lower for the second consecutive quarter, and we believe the stock is fully valued,” he added.

Analysts were also disappointed on the outlook for new accounts.

"PayPal now expects only ~15-20 million net account adds in FY22 vs. our 55-60 million expectation with a return to pre-pandemic trends of ~30-40m per year thereafter. This net account guidance is about half of its previous guidance set on its February 2021 analyst day through 2025 with PayPal turning its focus to higher engaged accounts and raising average revenue per user," explained Deutsche Bank analyst Bryan Keane.

Keane left his Buy rating on PayPal intact but slashed the price target on the stock to $200 from $260.

PayPal's operating agreement with eBay, its former parent, has ended and the online marketplace's transition to its own payments platform is impacting transaction volumes, the company said on Tuesday.

EBay's transition is expected to put $600 million of revenue pressure in the first half of this year, Chief Executive Officer Dan Schulman said on a conference call with analysts.

PYPL projected a 6% rise in revenue in the current quarter, far lower than the 11.7% growth estimated by analysts, as per IBES data from Refinitiv.

"We think that modestly weaker-than-expected results of the past couple of quarters are largely attributable primarily to uneven/disappointing eCommerce growth," Morgan Stanley analysts wrote in a note.

There are certainly some short-term headwinds affecting PYPL. In addition to the illegitimate account issue, inflation headwinds are likely to weigh on the company's results in 2022.

PayPal is still a financial technology powerhouse that has done a great job of driving user engagement and boosting monetization. If it can get back on track, the post-earnings plunge could be a solid buying opportunity.

We Have Had A Successful PayPal PYPL Trade With A Put Option!

What Further PYPL Weekly Trades Will We Recommend?

Back to Weekly Options USA Home Page from PYPL