Nio Options Trade provided a profit of 192%  on Tuesday for “Up-and-Coming” members as the stock rallied on a positive delivery update and a Citi upgrade. As well, on Friday Nio reclaimed its 50-day line.

NIO stands out for its strong market position and innovation. In particular, the company's highly differentiated battery strategy sets it apart from competitors.

Is it time to look at further options trades on Nio? 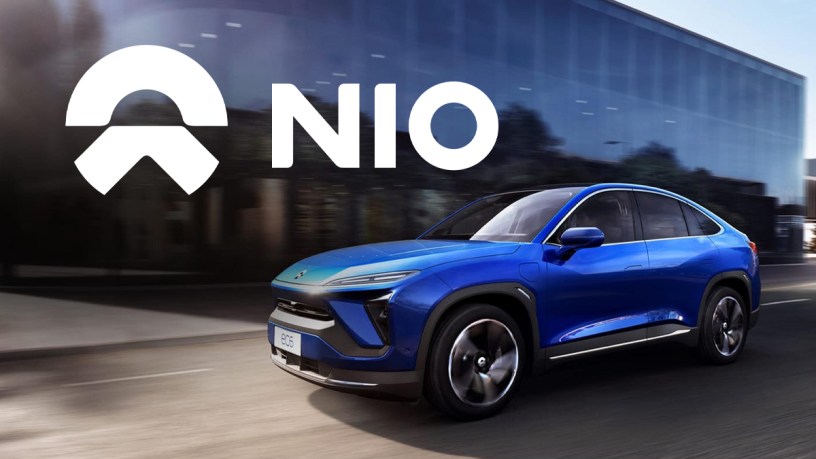 Shanghai-based EV manufacturer Nio Inc – ADR (NYSE: NIO) is the most prominent and successful Chinese company in the Chinese EV space and is quickly catching up to Tesla. It’s led by a charismatic founder, William Li Bin, and it has the biggest ambitions and deepest pockets.

NIO has successfully penetrated the market, created a product that consumers want, and is increasing production.

The total Chinese EV market is going to rapidly grow in the coming years due to secular trends and government support. By 2025, the Chinese government is targeting that 25% of car sales will be EVs as part of its plan to reduce pollution. It’s pursuing this target through a combination of subsidies, tax credits, investment, and quotas.

The country has also added to their battery charging infrastructure. For consumers, EVs are heavily subsidized, additionally, there’s an expedited process for getting permits and licenses which can take many months for gas-powered vehicles.

As a result, these policies have created a boom in the Chinese EV space.

Why the Jump for the Nio Options Trade

1. NIO's innovative battery strategy was on display Friday, giving it a decent chance of capturing a leading position in the emerging EV industry. The company's highly differentiated battery strategy sets it apart from competitors. The company is in hyper growth mode and is expected to be free cash flow positive by 2022.

NIO has proven to be a fast-paced, aggressive and innovative company. In just seven years, NIO established itself as the premium electric SUV OEM in China, and now it is moving into sedans and expanding into Europe.

This offering differentiates NIO from competitors and solves two strategic issues: driving the mass adoption of EV and improving its competitive position.

2. Monthly Deliveries Report – NIO said in a statement on Tuesday morning that it delivered 6,711 vehicles in May, a decline of about 5.5% from April that was explained by a need to reduce production amid a global shortage of semiconductors. However, this is an increase of 95.3% year-over-year.

That decline was no surprise, as NIO had warned auto investors in April that it expected chip-related production disruptions in the second quarter. The good news -- there was some -- is that NIO reiterated its upbeat guidance for second-quarter deliveries, as it expects to be able to make up some of the difference in June. The company still expects to deliver between 21,000 and 22,000 vehicles in the quarter, roughly double its year-ago total.

To read the “News Release” from Nio CLICK HERE.

In a new note on Tuesday, Citi analyst Jeff Chung raised his bank's rating on NIO's shares to buy, from neutral, while increasing Citi's price target for NIO to $58.30 from $57.60.

For NIO specifically, Chung expects the company's order backlogs to increase in the second quarter, which will in turn "substantially increase" its revenue and market share in the second half of the year, with new products driving additional growth in 2022.

Chung's upgrade is a big part of why the stock is up Tuesday.

For the Original Reasoning Behind the Nio Options Trade.....

To best understand why we recommended a Nio Options Trade it would be best to read.... “

This Nio Options Trade Is A Big Winner !

Will We Recommend Another Nio Options Trade?

Back to Weekly Options USA Home Page from Nio Options