Members are already up 35% after executing a weekly options trade Monday!

Wall Street expects a year-over-year increase in earnings on higher revenues when Wells Fargo reports earnings at approximately 7:00 AM ET on Friday, January 14, 2022.

Consensus estimates are for year-over-year earnings growth of 70.31% with revenue decreasing by 3.87%.

Overall earnings estimates have been revised higher since the company's last earnings release.

For the last reported quarter, it was expected that Wells Fargo would post earnings of $1.03 per share when it actually produced earnings of $1.17, delivering a surprise of +13.59%.

While the near-zero interest-rate environment remains unchanged for now, the banking sector has witnessed a steady recovery on the back of increasing financial transactions and capital market activities. Moreover, Goldman Sachs (GS) expects the Federal Reserve to raise interest rates four times this year, one more than the previous forecast due to persistently high inflation and a labor market near full employment. In addition, the central bank is expected to reduce its bond holdings soon, which should help the banking companies expand their interest margin. According to Globe Newswire, the global financial services market is expected to grow at a CAGR of 6% by 2025.

Analysts expect the U.S. central bank to lift a damaging asset cap that has curtailed growth at the lender amid signs of rising interest rates.

Wells Fargo, primarily focused on the lending business, has reined in costs as it grapples with the aftermath of a sales practices scandal that first came to light in 2016 and forced the Federal Reserve to cap its assets at $1.95 trillion.

The asset cap has restricted the loan and deposit growth needed to boost interest income and cover costs at the country's fourth-largest lender, while rival balance sheets have swelled.

It remains unclear how much longer the cap would stay in place, but recent brokerage action has been bullish, with Barclays last week saying it expects the lender to benefit from "substantial progress" on its regulatory issues and cost cuts.

"That balancing act - cutting expenses while maintaining service, controlling risk and avoiding adverse publicity - is not an easy task. But for now, they appear once again to be on plan," said Rick Meckler, partner at Cherry Lane Investments in New Vernon, New Jersey.

"Investors are hoping that new management has finally put the recent scandals behind them and can rehabilitate what was once a premier banking brand."

The Fed officials are highly concerned about the “elevated levels of inflation” and the tighter job market. The officials are ready to get more aggressive in dialing back the ultra-easy monetary policies, which were introduced in March 2020 to support the U.S. economy from COVID-19 related slowdown.

This will mean a faster-than-previously expected increase in interest rates and a reduction in the balance sheet size “soon after beginning to raise the federal funds rate.” Per the CME FedWatch Tool data, at present, there is almost 70% chance that the Fed will raise the interest rates by 25 basis points in March.

Thriving in a higher interest rate environment, banks are likely to remain in the spotlight.

Since March 2020, banks have been witnessing contraction of the net interest margin (NIM) due to the Fed's accommodative monetary policy and near-zero interest rates. So, the faster-than-expected interest rate hikes will come as a breather for banks and improve margins and net interest income (NII), which constitutes a major portion of the revenues.

Also, the steepening of the yield curve (the difference between short and long-term interest rates), robust economic growth and a gradual rise in loan demand are set to drive margins and NII. Banks are taking initiatives to restructure operations to diversify their footprint and revenue base. Efforts to focus more on non-interest income are likely to bolster banks’ top-line growth.

Based on these favorable developments, investing in bank stocks will be highly profitable, going forward – and San Francisco-based Wells Fargo is one of the largest financial services companies in the United States which will benefit. WFC had more than $1.9 trillion in assets and $1.4 trillion in deposits as of Sep 30, 2021.

Agreement To Use A Blockchain-Based Solution.....

Wells Fargo continues to build on its deposits base, which witnessed a five-year CAGR of (2016-2020) of nearly 2%, with the trend sustaining in the first nine months of 2021. With the solid economic recovery and resumption of business activities, the deposit balance is likely to keep improving. This is likely to support WFC’s liquidity position.

Wells Fargo’s prudent expense management initiatives support its financials. The company is focused on reducing its expense base by streamlining organizational structure, closing branches and reducing headcount by optimizing operations and other back-office teams.

Jefferies, Raymond James and Evercore ISI are among the brokerages that named the bank among their top picks, while CFRA Research expects Wells Fargo and Bank of America Corp to benefit the most in the rising interest rate environment. 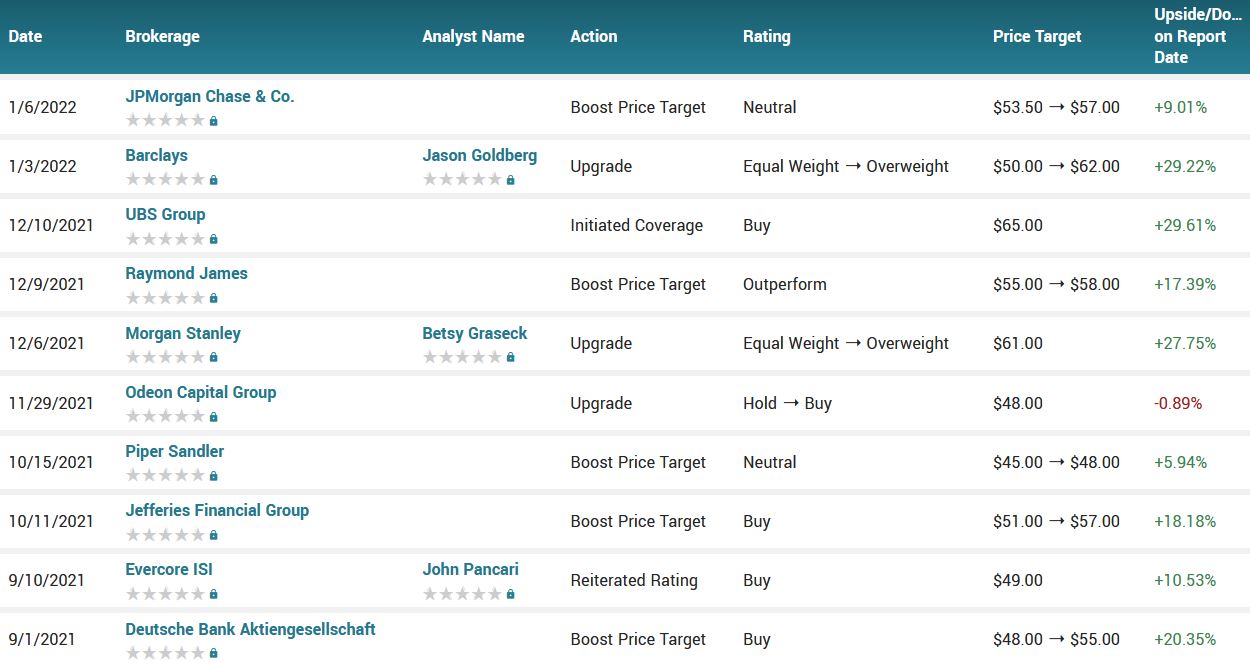 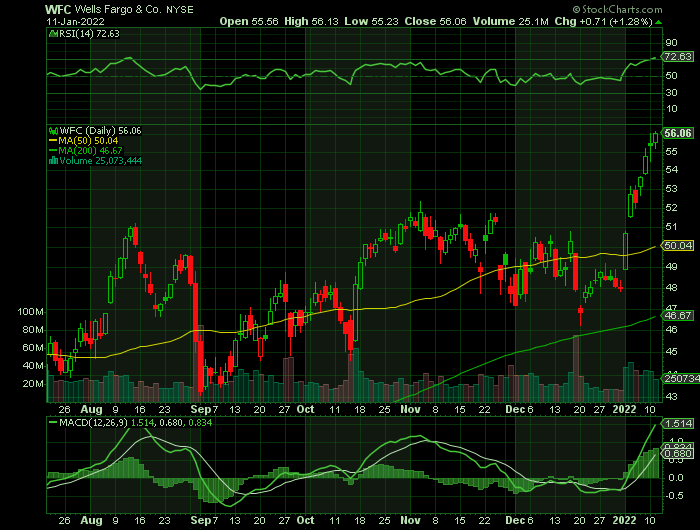