Members of “Weekly Options USA,” Using A Weekly Put Option, Are Up 92% Potential Profit
Due To A Poor Earnings Report!
More to come?
Join Us and GET FUTURE TRADEs!

Take-Two Interactive Software reported a first-quarter fiscal 2023 loss of 76 cents per share against the year-ago quarter’s earnings of $1.30 per share. Shares closed the day down 3.78%. At one point the shares were down nearly 6.0% at $118.03.

Take-Two Interactive Software reported a first-quarter fiscal 2023 loss of 76 cents per share against the year-ago quarter’s earnings of $1.30 per share.

The Consensus Estimate for earnings and revenues was expected to be 53 cents per share and $1.04 billion, respectively.

In May, Take-Two completed its $11 billion acquisition of Zynga, allowing the company to break into the fast-growing market for smartphone games.

“We are seeing some softness in the mobile market,” Chief Executive Officer Strauss Zelnick said Monday in a conference call after the results. Yet, he added, the company is “doing better than most, if not all” in the mobile games market.

Why the Weekly Options put Trade on
Take-Two Interactive Software

This publisher of "Grand Theft Auto" and other video games was expected to post quarterly earnings of $0.82 per share in its upcoming report, which represented a year-over-year change of -23.4%.

For the last reported quarter, it was expected that Take-Two would post earnings of $1.01 per share when it actually produced earnings of $1.16, delivering a surprise of +14.85%.

Last week Credit Suisse analyst Stephen Ju cut the price target of TTWO from $182 to $139 but maintained a Neutral rating.

It develops and publishes action/adventure products under the Grand Theft Auto, Max Payne, Midnight Club, and Red Dead Redemption names; and offers episodes and content, as well as develops brands in other genres, including the LA Noire, Bully, and Manhunt franchises.

The company also publishes various entertainment properties across various platforms and a range of genres, such as shooter, action, role-playing, strategy, sports, and family/casual entertainment under the BioShock, Mafia, Sid Meier's Civilization, XCOM series, and Borderlands.

Its products are designed for console gaming systems, including PlayStation 4 and PlayStation 5; Xbox One; the Nintendo's Switch; personal computers; and mobile comprising smartphones and tablets.

Take-Two Interactive Software, Inc. was incorporated in 1993 and is based in New York, New York.

The video game industry is suffering from a COVID hangover. After explosive growth throughout the pandemic, game sales are finally plummeting back to Earth.

It’s not just hardware and games sales that are taking a hit.

Gamers are also spending less time playing than last year as people around the world are venturing outside again as pandemic fears subside.

The game industry certainly isn’t dying. But after such massive growth during the pandemic, it now has to reckon with a return to normalcy that could hurt.

In the latest quarters, gaming companies are reporting declines in game software sales versus 2021.

Gamers are also playing less than they were this time last year.

“Total gameplay time for PlayStation users declined 15% year-on-year in Q1,” Sony CFO Hiroki Totoki said when the company released its earnings report. “Gameplay time in the month of June improved 3% compared with May and was down only 10% versus June 2021, but this is a much lower level of engagement than we anticipated in our previous forecast.”

Supply chain disruptions and the global chip shortage made getting your hands on a next-generation console largely impossible unless you spent your time glued to Twitter checking for inventory updates at places like Best Buy.

NPD said that industry-wide, first-half U.S. hardware sales fell by 8% to $371 million. New console sales in the first half of the year also fell 9% to $2.1 billion.

Credit Suisse analyst Stephen Ju cut the price target from $182 to $139 for Take-Two Interactive Software due to...... 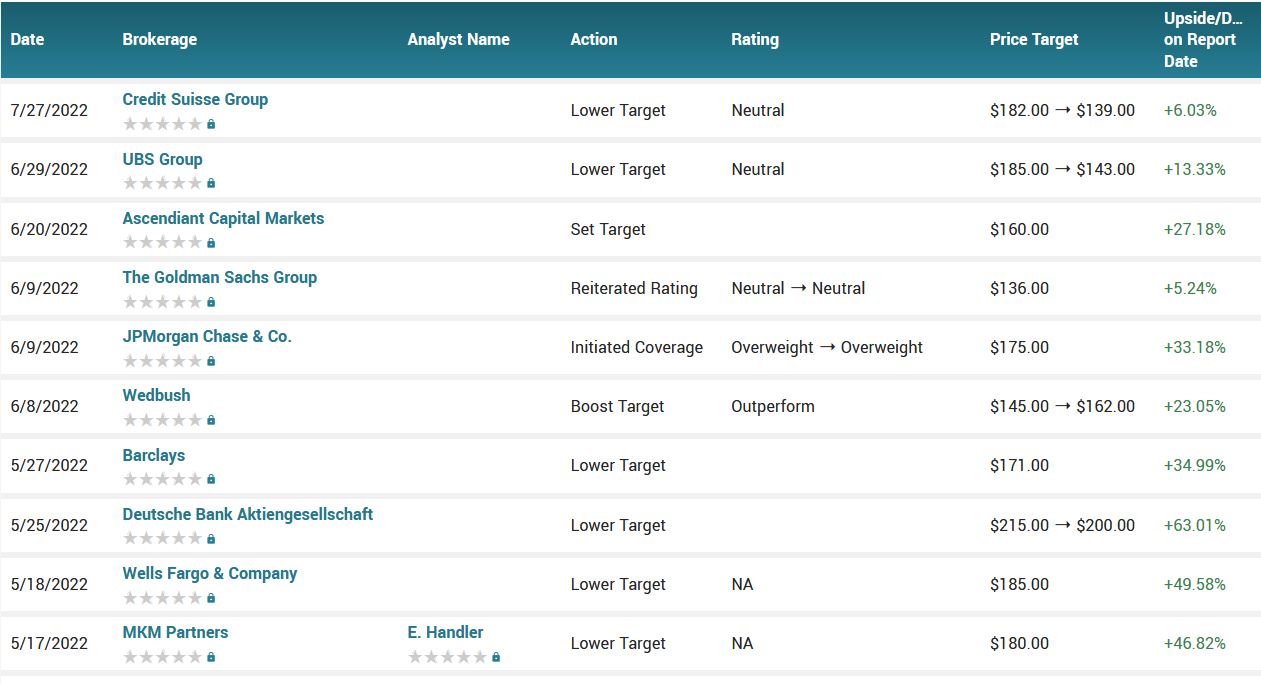 According to the issued ratings of 20 analysts in the last year, the consensus rating for Take-Two Interactive Software stock is Moderate Buy based on the current 4 hold ratings and 16 buy ratings for TTWO. The average twelve-month price prediction for Take-Two Interactive Software is $176.48 with a high price target of $215.00 and a low price target of $136.00.

As with most consumer tech companies, video game sales are cyclical. 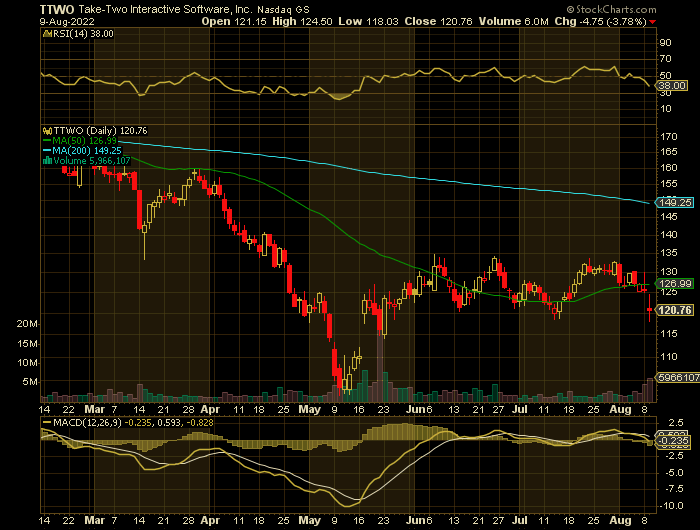