Taiwan Semiconductor shares moved higher on Wednesday along with the stock market in Taiwan as investors ignored heavy losses in the U.S. markets overnight after comments by the U.S. Federal Reserve chair on downsizing asset purchases.

On Monday, November 29, 2021, a Taiwan Semiconductor Weekly Options trade was recommended to our members based on several catalysts.

"While Powell talked about a possible move to speed up the pace to downsize the Fed's asset purchases, his comments did not involve any quicker rate hike cycle," Mega International Investment Services Corp. analyst Alex Huang said.

"Many investors here remain calm and still anticipate that the Fed will raise its key interest rates twice next year, unchanged from the previous expectations," Huang said.

Meanwhile, in the U.S. major corporate leaders warned lawmakers that time is running out for them help spur the return of critically important semiconductor manufacturing to the U.S.

Executives from more than 50 U.S. companies in a Wednesday letter called on congressional leaders to pass legislation that provides $52 billion in grants and incentives for domestic chip production, as well as a separate bill to encourage semiconductor design and manufacturing.

“We call on Congress to take prompt action to fund the ‘Creating Helpful Incentives for the Production of Semiconductors’ (CHIPS) for America Act and enact a strengthened version of the ‘Facilitating American-Built Semiconductors’ (FABS) Act to include an investment tax credit for both design and manufacturing,” the executives wrote in the letter, organized by the Semiconductor Industry Association.

Signatories to the letter included executives of prominent overseas companies with operations in the U.S., such as leading chipmaker Taiwan Semiconductor Manufacturing Co. and Toyota Motor Corp.

It is very likely that a new Taiwan Semiconductor Weekly Options trade, if recommended, will be also successful.

A global shortage in semiconductor chips has been wreaking havoc on the tech sector, automotive industry, consumer electronics industry, and everything in between thanks to massive supply chain snarl ups. The global Covid-induced supply crunch for chips has badly hurt production across a number of industries, ranging from cars to consumer appliances, smartphones and personal computers.

The trade war between the United States and China has only served to make a bad situation worse.

But whereas the global chip shortage has been a nightmare for businesses that make cars and home appliances as well as people who buy them, semiconductor stock investors are hardly complaining as they continue to see outsized gains on their investments.

Taiwan Semiconductor Mfg. Co. Ltd. (ADR)(NYSE: TSM), the world's largest 3rd party chip manufacturer, counts tech heavyweights such as Apple Inc. (NASDAQ:AAPL), Nvidia and Qualcomm as its clients. In fact, TSMC is so dominant that it accounted for 54% of total foundry revenue globally last year as per TrendForce data.

The Major Catalysts for the Taiwan Semiconductor Weekly Options Trade…..

Tokyo will spend part of the 617 billion yen package on a planned semiconductor plant by Taiwan Semiconductor Manufacturing Co. and Sony Group Corp. in Kumamoto prefecture. While the Ministry of Economy, Trade and Industry haven’t elaborated on the exact amount that will be used for the project, it has said it would pay “up to half” of the total investment needed for a project in this category. For legacy chip production, aid for up to one-third of the total capital expenditure will be provided, the ministry said.

Taiwan is looking at cooperating with three Eastern European countries on semiconductors, a minister said on Thursday, a move likely to find favour in Brussels which has been courting Taiwanese semiconductor firms to manufacture in the bloc.

Kung Ming-hsin, who heads Taiwan's National Development Council, told reporters following his visit to Slovakia, the Czech Republic and Lithuania last month that all three countries had mentioned they wanted to work on chips with the island.

TSMC manufactures some of the most advanced chips for fabless tech companies that do not own their own foundries. Last month, Wedgewood Partners, an investment management firm, had this to say about TSMC:

"Taiwan Semiconductor Manufacturing detracted from performance as the market attempted to price in a downturn in the semiconductor cycle. Although there are some signs that memory markets might be somewhat oversupplied, we have yet to see any tangible signs that logic semiconductors – particularly at the leading-nodes where the Company dominates – are in anything but short supply. In addition, and as a result of this strong demand, the Company should be able to pass through price increases to help fund very attractive returns on the rare leading-edge capacity that serves this demand."

Investment bank JPMorgan is recommending that investors pursue trends in the semiconductor space that are more structural than cyclical. Structural trends tend to be longer-term, permanent changes in an industry whereas cyclical trends are influenced by the business cycle and tend to be short-lived.

JPMorgan also recommends investing in semiconductor companies that focus on legacy, long-tail technologies, such as TSM. This company manufactures a variety of less advanced chips in areas like power management, microcontrollers, sensors and other consumer-related segments. 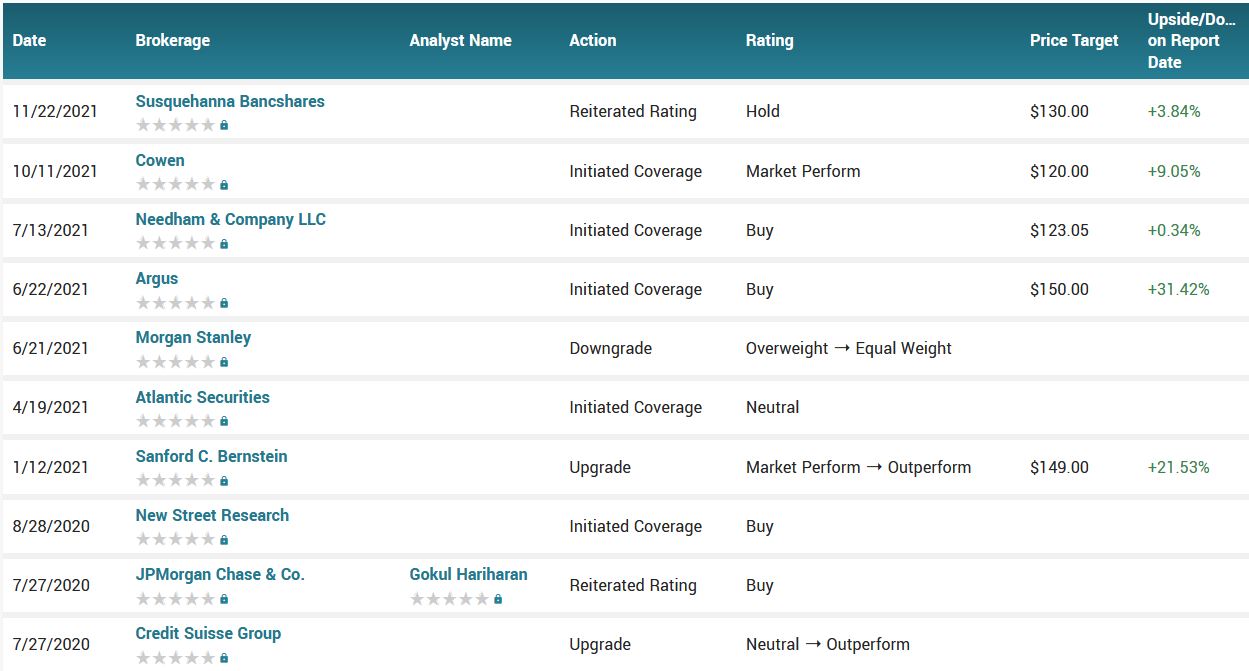 The Taiwan Semiconductor Weekly Options Trade Has Been A Big Winner!

What Further Taiwan Semiconductor Weekly Trades Will We Recommend?

Back to Weekly Options USA Home Page from Taiwan Semiconductor