Taiwan Semiconductor earnings are due on Thursday, January 13, 2022, before the market opens.

The consensus estimate for Taiwan Semiconductor earnings is for $1.14 per share on revenue of $16.10 billion; but the Whisper number is a little better at $1.17 per share. The reported EPS for the same quarter last year was $0.97.

Consensus estimates are for year-over-year earnings growth of 17.53% with revenue increasing by 27.01%.

Short interest has decreased by 21.1% and overall earnings estimates have been revised lower since the company's last earnings release.

With TSMC guidance of revenue and gross margin for 2022 from the proposed 20% price hike, there is still ~13% upside over current share prices

TSMC's revenue guidance could be conservative, given the 20% price hike and increased demand that will keep fab utilization rates high. Plus, TSMC's AA-/Aa3 credit rating allows for a substantially low cost of borrowing, which they could use to tap the debt markets to fund its capex plan if it needs (and lower its total cost of capital).

Taiwan Semiconductor Mfg. Co. Ltd. (ADR)(NYSE: TSM) is arguably the most important chipmaker in the world. It uses the most advanced semiconductor technology and is a contract manufacturer for many leading chip designers.

Taiwan Semiconductor has demonstrated considerable growth through 2021, with a +17.2% y/y increase in revenue over 2020 through November YTD. This strong growth is likely to carry over into 2022, with CEO C.C. Wei confirming on the 3Q21 earnings call:

“We are entering a period of higher structural growth. The multiyear megatrend of 5G and HPC-related applications are expected to fuel a massive requirement for computation power.

TSMC has reported strong demand across all of the major subsectors which it operates in: Smartphones, HPC (high performance computing), IoT and automotive-related applications. And while the smartphone market may be in a more mature state, there is a real opportunity for multi-year growth across the other three end markets.

Despite TSMC's dominance in the chip space, at 54% of total foundry market share and >90% market share of advanced chips (7nm and below), there are untapped opportunities. In the latest Taiwan Semiconductor earnings report, TSMC notes that the company only participates in 15% of the global automotive IC market, and IoT currently only accounts for 9% of TSMC's total revenue.

Taiwan Semiconductor Manufacturing Co. reported a sixth straight quarter of record sales, buoyed by unrelenting demand by Apple Inc. and other customers for chips produced by the world’s largest foundry.

Revenue for the December quarter jumped 21% to NT$438.2 billion ($15.8 billion), according to monthly figures released by TSMC Monday. That compared with the NT$436.2 billion consensus estimate and the company’s own forecast of sales of as much as $15.7 billion.

Taiwan Semiconductor earnings report for 4Q may show revenue above $15.6 billion, a new record for quarterly sales and at high end of its $15.4-$15.7 billion guidance. This is supported by a larger sales mix of its most advanced 5-nanometer (nm) node process amid strong demand for smartphone and high performance computer chips.

Robust sales also point to full capacity utilization and better gross margin of about 52%, and could push 4Q operating profit up as much as 14.6% to NT$180 billion.

The semiconductor company earnings reported showed $1.08 earnings per share (EPS) for the quarter, beating the consensus estimate of $1.05 by $0.03. The firm had revenue of $14.88 billion for the quarter, compared to analyst estimates of $14.89 billion. Taiwan Semiconductor Manufacturing had a return on equity of 29.08% and a net margin of 37.93%.

On average, sell-side analysts forecast that the next Taiwan Semiconductor earnings report will post 4.16 earnings per share for the current year.

TSM has one of the largest moats in the market right now. TSMC is the largest chip manufacturer in the world. Basically, every electronic thing that you touch, whether you're talking about changing your thermostat up or down, you're talking about your iPhone, your laptop that you're using, everything has been touched by TSM in some form or way because there are so many semiconductor chips and everything that we're using every single day that's electronic.

Some of their largest customers include NVIDIA (NASDAQ: NVDA), AMD (NASDAQ: AMD), and Apple (NASDAQ: AAPL), and they have over 500 employees and 10,000 different chips that they're making.

They have a lot of variety, and they also have a ton of pricing power because they are pretty much the only one that has the infrastructure to build out a lot of these chips.

Taiwan is full of a lot of engineers. TSMC has amazing engineers, and a lot of them have been working for years on end.

TSM also have 56 percent market share in global chip manufacturing. They have a ton of pricing power, and nobody's going away from TSM. They're not leaving because their customers love them.

Oversupply should not be a concern, particularly for a leading semiconductor foundry like TSMC. From a geopolitical perspective, the situation appears more contentious, as Taiwan is stuck in a tug of war between China and the US.

Despite China's increasing military presence and confidence, an invasion is unlikely in the near future. One reason is the difficulty of such a military advance - Taiwan's "highly defensible" terrain includes a lack of decent landing spots for ships given the rocky, mountainous east coast and just 14 potential beach landings. Taiwan's entire national defense strategy is specifically targeted at defeating such an invasion.

But an even greater deterrence is the prospect of the United States intervening in response to a move that would shake up a global supply chain. Both the US and China are heavily dependent on TSMC for chip manufacturing, and an acute move from either country is likely to draw serious political consequences.

Here are TSMC‘s top 10 revenue contributors with Apple shown as their number one customer by a wide margin which will influence the outcome for the Taiwan Semiconductor earnings report.

The graph below reveals that Apple is the main source of revenue for the semiconductor manufacturing company, accounting for over 25% of the revenue. 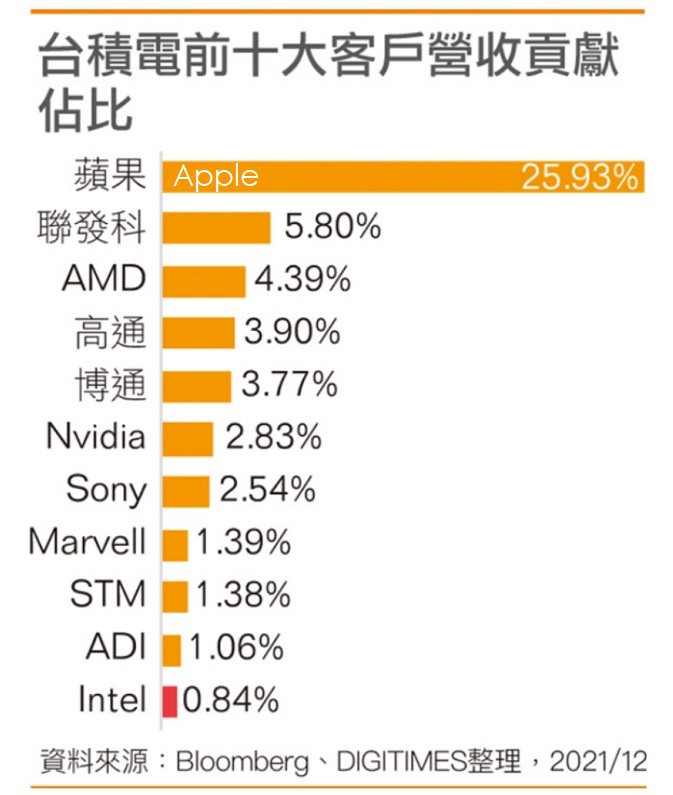 TSM has plans to increase its manufacturing capacity. Taiwan Semiconductor is planning to spend $10 billion in the next three years to make this happen. And that’s on top of the $28 billion the company has spent this year to meet the rising demand. This included building a plant in Arizona.

Some investors may be concerned that such a dramatic increase in capital expenditures may impact profitability, particularly as the company has just closed what is typically its strongest quarter in terms of revenue. But with the chip shortage likely to last through 2021 at least, it makes sense to continue to bet on the quality that comes from a leader in the sector. 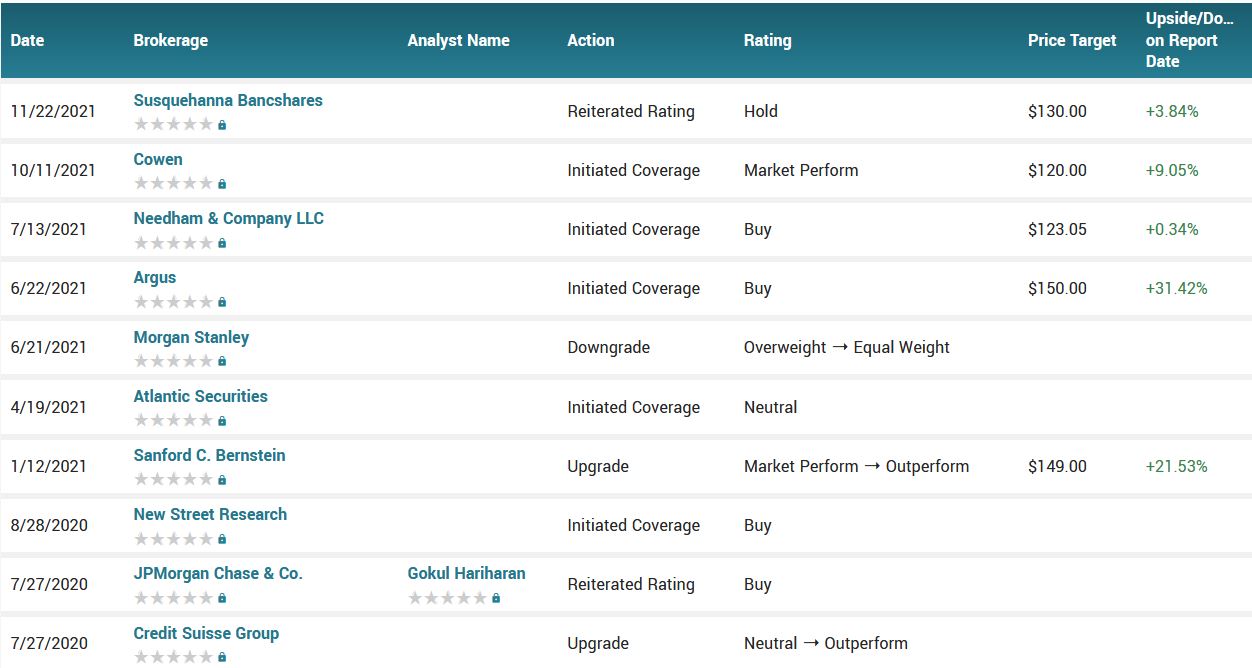 Taiwan Semi is positioned well to capitalize on the growing markets mentioned earlier, as it continues to consistently lead the pack in the latest chip technology. Against its largest competitor, Samsung, TSMC was able to mass produce 7nm and 5nm chips earlier with higher chip yields. On top of a $100bln capex commitment across the next three years, TSMC is poised to continue its technological advantage. 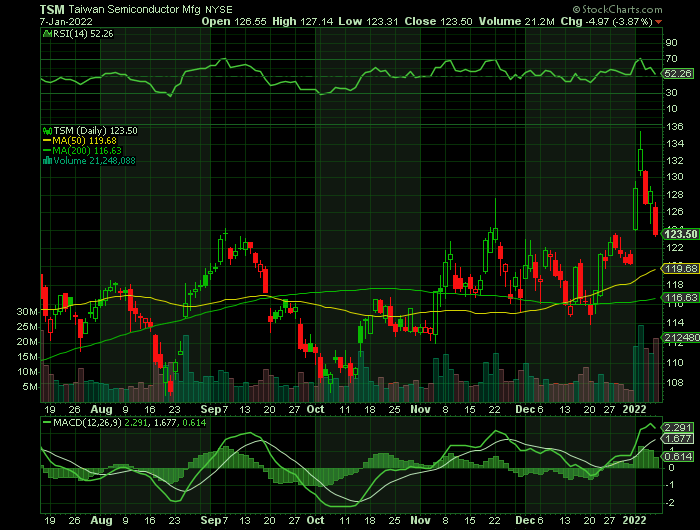