The Stock Market Situation As It Stands Today!

The immediate stock market situation is going to remain focused on growth and delta concerns, as well as situations outside the U.S. that will have an impact on investor’s considerations, in the short-term. And volatility will likely be the order for the near present.

However, moving past these challenges further out, there could be renewed good news about the economy and job market, which in turn should give a renewed boost of confidence that will drive the market to new highs before the end of the year. 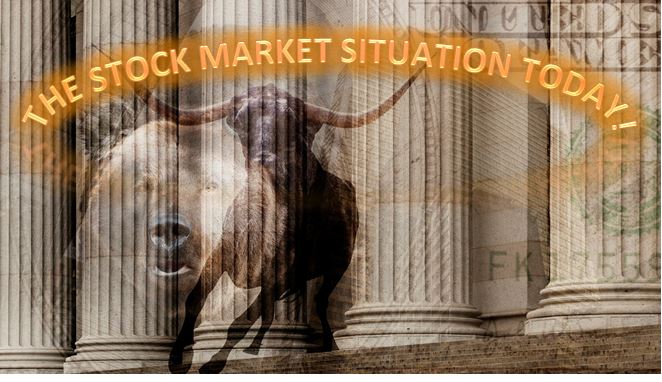 Let’s look at the Short-Term Worries for the Stock Market Situation…..which may lead to a so-called correction…..

2. The spike in Covid-19 cases due to the Delta variant.

3. Rising inflation pressures and how the Federal Reserve will respond to it.

4. The latest PPI numbers show that the wholesale side of the economy continues to be under a lot of pressure with producers still facing broad price increases.

5. The chaos in Afghanistan.

6. The Federal Reserve may start tapering stimulus this year even as the delta virus variant undermines global growth.

7. Tightening Chinese regulations - an ongoing regulatory crackdown in China points to a fundamental difference between the two countries that many didn’t seem to grasp: When it comes to making the rules, corporations don’t have as much influence in China as they do in America.

8. Expected stimulus reduction after the Fed’s conference at Jackson Hole, Wyoming during Aug. 26-28.

9. Earnings growth slowing - profit growth likely peaked on a year-over-year basis in the second quarter. Earnings will likely continue to increase, but the pace is expected to slow dramatically in the second half of this year.

10. The drag on U.S. economic growth in the second quarter came from inventory drawdowns, which subtracted 1.1% from GDP, rising imports, and a decrease in federal government spending. According to the Bureau of Economic Analysis, nondefense spending on intermediate goods and services fell the most, largely due to a drop-off in Paycheck Protection Program (PPP) loans.1

11. Housing rentals — and the broader issue of housing affordability — remain a major pain point for the average American. It also reflects a housing market that remains majorly imbalanced between supply and demand.

Conclusion for the Stock Market Situation….

It is not likely that another major bear market rout like last year is looming on the horizon again.

But investors should be looking outside of the momentum/growth sectors as there is an unusual discount for quality value companies.

That means there could be opportunities to shift their money into sectors that haven't done as well as technology, which has been leading the market for years thanks to strong growth from the so-called FAANG stocks, as well as Microsoft (MSFT) and Tesla (TSLA), that dominate the S&P 500 (SPY).

As for members of Weekly Options USA, we will probably be looking at some very short-term put options trades to counter the stock market situation we are experiencing this week.