Rivian Automotive will report earnings on Thursday, March 10, 2022, after the market closes. 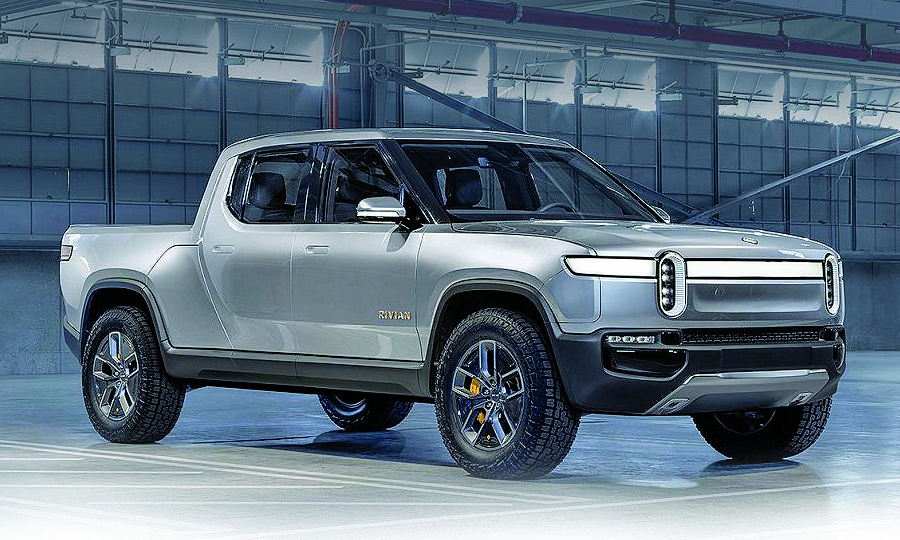 Economic data have suggested prices continued to climb across the U.S. economy.

The Institute for Supply Management's February services index from late last week showed prices climbed compared to January, and that surveyed businesses "continue to be impacted by supply chain disruptions, capacity constraints, inflation, logistical challenges and labor shortages." And in last week's jobs report from the Labor Department, average hourly wage gains came in well-above pre-pandemic trends with an annual rise of 5.1%, albeit while coming down slightly compared to January's 5.5% jump.

Even ahead of the upcoming CPI inflation data and latest jobs report, key Federal Reserve officials have already signaled the central bank was set to move on raising interest rates following its mid-March meeting. Federal Reserve Chair Jerome Powell said last week he would back a 25 basis point interest rate hike this month.

"As prices rise, you're on the demand curve, and people demand less. I think what the Fed is hoping is that there are some other channels in the global economy that will manifest themselves and help bring inflation down," said Nathan Sheets, Citi global chief economist.

There have been significant impacts to prices from Russia's war in Ukraine, with a full-scale invasion taking place in late February. Concerns that this geopolitical conflict would disrupt the energy complex in Ukraine or Russia — the world's third-largest oil producer — have sent U.S. crude oil prices soaring above $110 per barrel to a more than decade high.

While the vast majority of S&P 500 companies have now reported fourth-quarter earnings results, a handful of closely watched newly public companies are still set to offer results this week.

One company that has been struggling as of late is Rivian Automotive Inc (NASDAQ: RIVN).

The stock has drifted lower by 52.6% from its open following the earnings release.

Overall earnings estimates have been revised lower since the company's last earnings release.

Rivian, the Amazon- and Ford-backed electric vehicle firm went public in November as the sixth-largest IPO in U.S. history and the largest of last year. Shares have since fallen by more than 50% for the year-to-date, however, amid a broad rotation out of growth and technology stocks.

Rivian has had its fair share of company-specific challenges as well. The California-based EV maker missed its 2021 vehicle production target, coming up short compared to the 1,200 vehicles it had targeted for last year. And the stock took another leg lower this week after Rivian took back price increases for its electric trucks and SUVs for some pre-orders due to customer backlash.

On Monday Rivian Automotive Inc was sued by a shareholder who claimed the startup failed to tell investors it had underpriced its electric vehicles, leading to unpopular price hikes that it swiftly rolled back.

Shareholder Charles Larry Crews said Rivian concealed how its R1S SUV and R1T pickup truck were so underpriced that it needed to raise prices soon after its November initial public offering.

Crews said the increases "would tarnish Rivian's reputation as a trustworthy and transparent company," and risk cancellation of a large number of 55,400 preorders dating back to 2018.

Also, analysts are getting more conservative going into the earnings report.

On Tuesday, Barclay’s analyst Brian Johnson cut his Rivian price target all the way to $47 a share from $115. He kept his Hold rating on shares. Rising prices for just about everything led Johnson to cut his profit margins targets for the coming couple of years.

Recent analyst target price cuts reflect what has been going on with the stock. Coming into Tuesday trading, Rivian shares are down almost 60% year to date. They are down about 45% from their $78 IPO price. 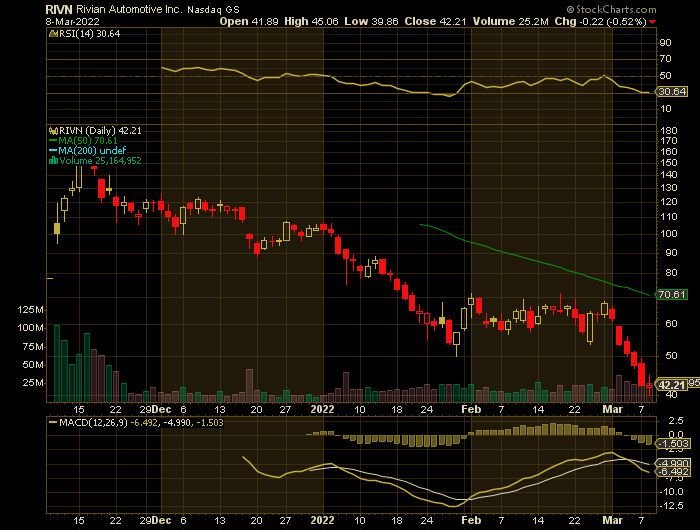 Back to Weekly Options USA Home Page from Rivian