And, “Weekly Options” Members Profit Up 25% In 1 Day Using A Put Option!
Is Further Downside Expected?

Plug Power closed down 8.3% today based on growing investors concerns as new COVID-19 cases rise rapidly and the worry of further lockdowns, as well as the Build Back Better Act hitting a roadblock.

But, “Weekly Options” Members potential profit is up 25% in 1 day using a Put Option! 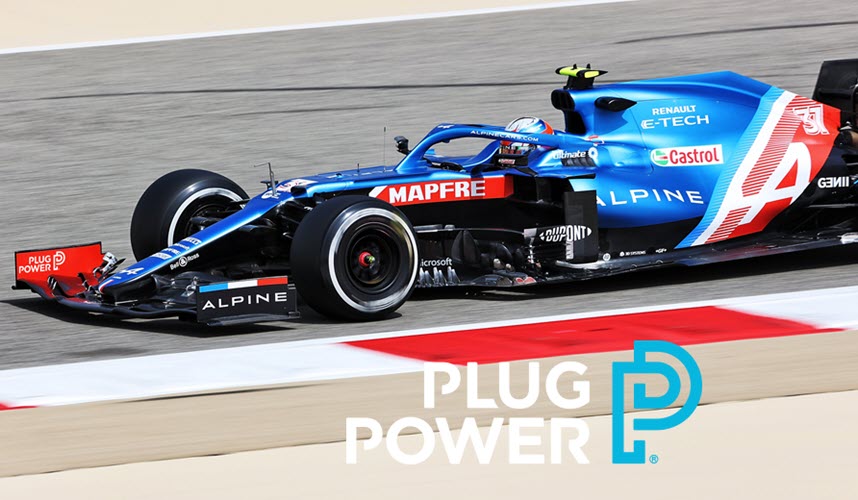 On Monday, December 20, 2021, a PLUG Weekly Options Put trade was recommended to our members based on several catalysts.

This downward movement seems to be due to investor nervousness based on several factors surrounding macroeconomic concerns.....such as......

It is very likely that Plug Power stock will continue to drop if the market continues in a negative way.

Join us and see what other trades we are proposing!

Macroeconomic concerns are largely at the forefront of traders’ minds, which includes fears of lockdowns in the wake of the omicron coronavirus variant and rising inflation. Shares of companies in growth phases were hit the hardest last week as they typically also often command premium valuations when the going is good.

Last week saw a rough week for alternative energy stocks, with shares across the board feeling the pressure. One notable loser include was Plug Power Inc (NASDAQ: PLUG), closing the week down by approximately 10%. And this morning looks to be much of the same!

Inflation is the dominant theme on Wall Street according to the futures market. While COVID-19 issues linger, it is inflation that poses the most risk to the market.

Last week, the PPI figure came in much hotter than expected at the headline, core, and YOY levels pointing to another increase in CPI down the road. With CPI already running well above 2.0% for going on 10 months, it is no wonder the FOMC finally decided to act. The risk for the market now is that inflation will continue to run hot for the next 2 - 3 months and force the FOMC to accelerate its timeline again.

London and Frankfurt opened sharply lower. Shanghai, Tokyo and Hong Kong also fell at the start of a trading week that will be shortened by Christmas. As well, Benchmark U.S. oil fell by more than $3 per barrel.

The spread of the omicron variant has fueled fears that renewed curbs on business and travel might worsen supply chain disruptions and boost inflation.

“Omicron threatens to be the Grinch to rob Christmas,” Mizuho Bank’s Vishnu Varathan said in a report. The market “prefers safety to nasty surprises.”

Also, bear-in-mind, this week will be all about the Santa Claus Rally and whether or not it will come. Traditionally the time between Christmas and New Year, the Santa Claus rally is never a foregone conclusion. What needs to be remembered this week is that it is a holiday week, trading volume will be very light, and any move the market makes is subject to reversal at the drop of a hat.

The year leading up to the turn of the millennium was a big one for Plug Power. Two years after its founding in 1997 as a joint venture of DTE Energy Company and Mechanical Technology Incorporated, Plug Power hit the public markets and held its initial public offering on Oct. 29, 1999.

The Major Catalysts for the PLUG Weekly Options Trade…..

This is already mentioned above.....

Setting its sights on Asia, Plug Power announced today that it has signed an agreement with Edison Motors, a South Korean electric car manufacturer, to develop and commercialize fuel cell-powered electric city buses. After they develop a prototype in the second half of 2022, the two companies expect to bring the product to the South Korean market in the first half of 2023.

Electric buses may just be the beginning of a beautiful friendship. Speaking to the newly forged partnership, Young-kwon Kang, chairman of Edison Motors, said, "The fuel cell electric city bus project is just the beginning of strategic cooperation between Edison Motors, and Plug Power," adding that "In the future, we hope to partner on other mobility applications including trucks, vessels, drones, and PAVs. We believe that our combined technology and know-how in electric buses will position us to sell fuel cell-powered electric buses not only in Korea but also in other overseas markets."

However, Plug Power has a long track record of announcing promising deals but failing to deliver specific financial details of the partnerships. While the new deal may help Korean city dwellers get around town with the help of Plug Power's fuel cell engines, it's unclear whether the company will be able to recognize a profit from the endeavor.

While Plug Power initially made its hay by providing fuel cell systems, the company has articulated a long-term vision of diversifying its business by producing green hydrogen. The company is a little closer to realizing that plan thanks to an agreement that it announced last week. Plug Power is partnering with Certarus, a deliverer of compressed natural gas and hydrogen to industrial and commercial customers, to develop a hydrogen infrastructure. Beginning in the first quarter of 2022, Plug Power will provide Certarus with up to 10 tons of green hydrogen daily, sourced from facilities in its burgeoning North American hydrogen production network, for delivery to a variety of customers, including mining, power generation, natural gas midstream, and industrial energy users.

Once again, lack of enthusiasm regarding Plug Power's deal with Certarus is hardly surprising since financial terms of the deal were nowhere to be found in the announcement of it.

Shareholders recognize Plug Power as a promising growth company, but it seems that the exuberance around the stock's promise may be waning as investors look for material improvements in the company's financials -- not merely news of partnerships.

It is very likely that Plug Power stock price will bounce back in the future as there is significant growth projected over the next few years, and management has excelled at stoking investors' belief that Plug Power will play a pivotal role in the emerging hydrogen economy going forward.

However, plenty of risks remain for the renewable energy company, so this downward movement of Plug Power stock is likely to be continue in the near-term.

The Plug Power Trade Has Been A Big Winner!

Should We Hold The Plug Power Trade For Further Profit?

What Further Plug Power Weekly Trades Will We Recommend?

Back to Weekly Options USA Home Page from Plug Power