Members of “Weekly Options USA,” Using A Weekly Call Option, Are Up 54%
Due To An Expected Poor Earnings Report Later This Week!
More to come?
Join Us and GET FUTURE TRADEs!

Peloton Interactive will report earnings on Thursday but expectations are low with a report of a per-share loss of 72 cents, and revenues to fall 22.9%. As well, analysts are becoming more negative on the stock.

This set the scene for Weekly Options USA Members to profit by 54% using a Weekly Put Option! 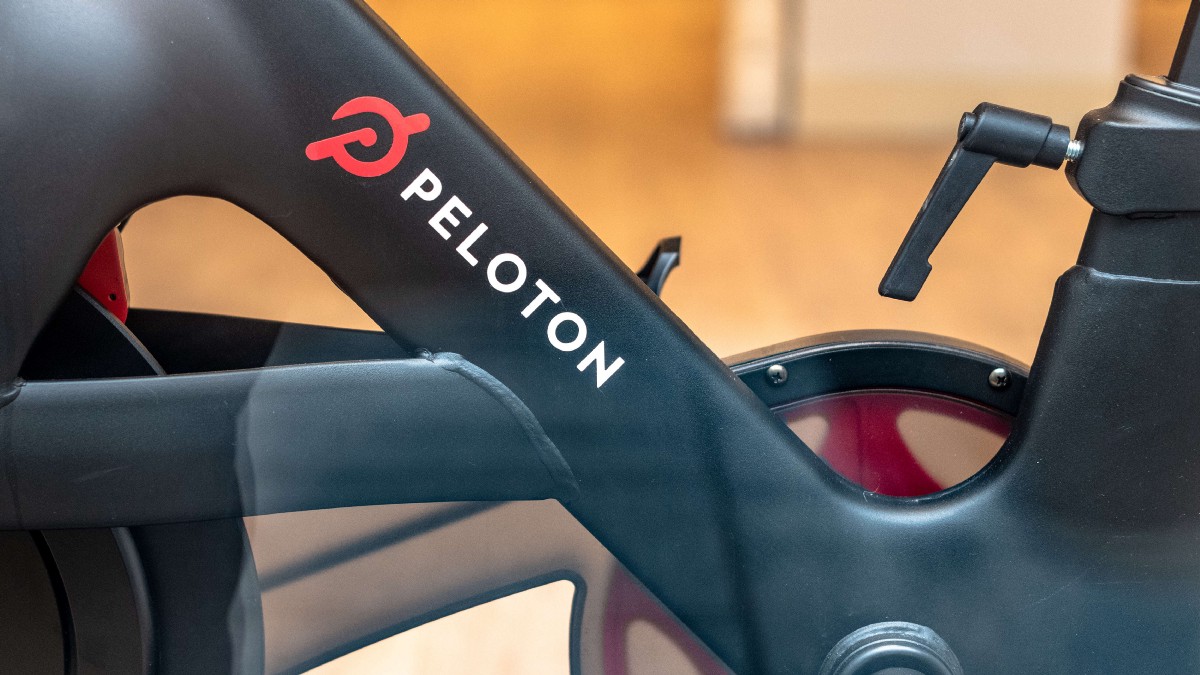 Why the Profit on Peloton Interactive Stock?

Short interest has increased by 28.1% and overall earnings estimates have been revised lower since the company's last earnings release.

For the last reported quarter, it was expected that Peloton would post a loss of $0.85 per share when it actually produced a loss of $0.98, delivering a surprise of -15.29%.

The company has not been able to beat consensus EPS estimates in any of the last four quarters.

Demand for at-home exercise equipment has stalled and Peloton Interactive stock has suffered. Year-to-date, shares are off nearly 65%. And while PTON did jump more than 50% from late-July through mid-August, the selling has ramped up again ahead of earnings.

Now, analysts are weighing in with a negative trend. Before the market opened today, Truist Securities' Youssef Squali cut his price target on Peloton to $13 per share from his previous $15. He's maintaining his hold recommendation on the shares.

In a new research note, Squali predicted that the company's full-year 2023 guidance is likely to be uninspiring, given the many challenges to its business (which comprises both exercise equipment sales and streaming video services). He doesn't feel that Peloton will show significant growth until the second half of that year.

Prior to this, on Friday morning Bank of America Securities analyst Justin Post, also reduced his target by $2. He now believes Peloton is worth $23 per share from the preceding $25, although he's keeping his buy recommendation.

At the end of its fiscal third quarter in March, Peloton Interactive had $879 million in cash, but $1.6 billion in debt, lease obligations, and other long-term liabilities.

It has $130 million in lease payments due this year and almost $250 million more due over the next three years, but CEO Barry McCarthy wants Peloton to undertake a "significant and aggressive reduction" of its store count. The connected fitness equipment maker has 86 stores in North America, and just how many of the stores it closes will be based on the negotiations that can be hammered out with landlords.

In the meantime, Peloton is firing 532 warehouse and distribution workers along with 252 support team members. It follows the announcement last month that Peloton was shedding 570 workers in Taiwan as it abandoned its effort to make its equipment in-house, and the report earlier this year that it had fired 2,800 employees to cut costs.

It is also considering several new initiatives to cut costs or boost sales. McCarthy said Peloton might offer a build-it-yourself option so customers could assemble their own equipment instead of having sending out a team to set it up, though it would require design changes to the equipment.

Peloton is also "rethinking" its digital offerings and is mulling adopting a "freemium" model that could see consumers who own connected workout equipment from competitors being able to download Peloton's workout classes to their devices for a fee.

As of June 30, 2021, it had approximately 5.9 million members. The company markets and sells its interactive fitness products directly through its retail showrooms and at onepeloton.com.

Peloton Interactive, Inc. was founded in 2012 and is headquartered in New York, New York.

Peloton Interactive appears to be on its last legs. The connected fitness equipment maker is launching its third round of layoffs, letting nearly 800 people go. In addition, it's closing its in-house delivery program, shuttering many of its retail locations, outsourcing customer service, and reversing the price cuts it made just four months ago.

Peloton has certainly struggled in the last year with demand dropping off a cliff and operating expenses rising.

This led Dave Trainer, the CEO of the research firm New Constructs, to say the following in a recent publication: "Peloton's issues are well telegraphed -- given the stock's decline over the past year -- but investors may not realize that the company only has a few months' worth of cash remaining to fund its operations, which puts the stock in danger of falling to $0 per share."

Trainer's harsh comments are substantiated when you look at the company's shrinking cash position:

The interactive fitness specialist is also burning cash at an accelerated rate, going from free-cash-flow positive in 2020 to reporting negative free cash flow for five straight quarters. And the fiscal third quarter saw the biggest outflow yet of $746.7 million.

Peloton had a tremendous first-mover advantage which it cashed in during the pandemic as the connected-fitness industry enjoyed a surge in popularity. But as things have started returning to normal, the at-home fitness sector has experienced a complete reversal with waning demand, which is visible in Peloton's rapidly slowing revenue growth.

Peloton launched with the idea that the company could revolutionize working out from home because going to the gym is a hassle. The problem is that working out at home has not -- in the 50 or so years this idea has been around -- supplanted working out in gyms.

Peloton has a best-in-class product, but "it's a product, not a business.” The company doesn't really make money selling hardware. It sells bikes and treadmills to get people to pay for its live classes and library of old classes.

The problem is that fitness classes are a commodity. You can get them from Apple (AAPL) for a few dollars a month and, yes, Peloton may have more or better classes, but that's only a differentiator for hardcore fans or people who like the waning snob factor of owning a Peloton not an exercise bike.

Peloton's products would fit nicely with Apple's business model of selling best-in-class, expensive devices then making money selling services. As a standalone, however, the company simply doesn't solve a problem that enough people actually have.

Rowan Street Capital, an investment management company, released its first-half 2022 investor letter. At the end of the first half, the fund is 57% down. The second quarter contributed the majority of the fund’s decline, which was -41%. However, at the end of July 20, the fund was 19% up.

"Peloton Interactive, Inc. (NASDAQ:PTON) has been a costly mistake for the fund thus far. We started a small position back in September of 2020 and added to it as the stock declined and the price got “cheaper and cheaper”.

We would like to walk you through the rationale why we bought the stock in the first place and why we added to the position. We will give you just a short summary in the main body of the letter, and for those who are interested in a more detailed version, we have included a write-up on Peloton in the Appendix at the end of this letter.

The trial is still out whether we made a mistake on the company, but we definitely made the mistake on the weighting of our position and the price that we originally paid..."

Peloton Interactive insider Kevin Cornilssold 7,037 shares of Peloton Interactive stock in a transaction that occurred on Tuesday, August 16th. The stock was sold at an average price of $14.10, for a total value of $99,221.70. Following the completion of the transaction, the insider now owns 13,891 shares of the company’s stock, valued at approximately $195,863.10. 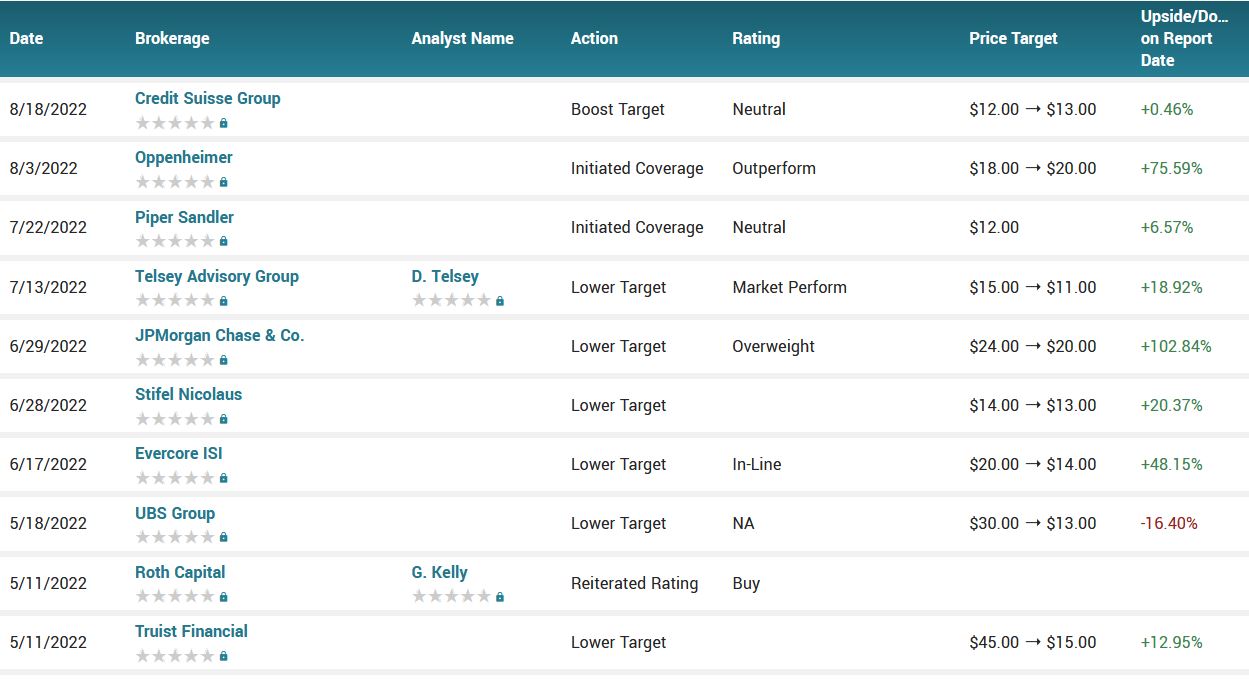 According to the issued ratings of 32 analysts in the last year, the consensus rating for Peloton Interactive stock is Moderate Buy based on the current 1 sell rating, 15 hold ratings and 16 buy ratings for PTON. The average twelve-month price prediction for Peloton Interactive is $37.00 with a high price target of $120.00 and a low price target of $11.00.

The problem is not that Peloton wasn't leaning hard enough into being a luxury fitness brand, but that indoor connected fitness was likely little more than a niche market for upscale customers. It got a major boost because of the lockdowns of the pandemic, but once that was over, people preferred exercising outdoors or soaking in the communal atmosphere of the gym. 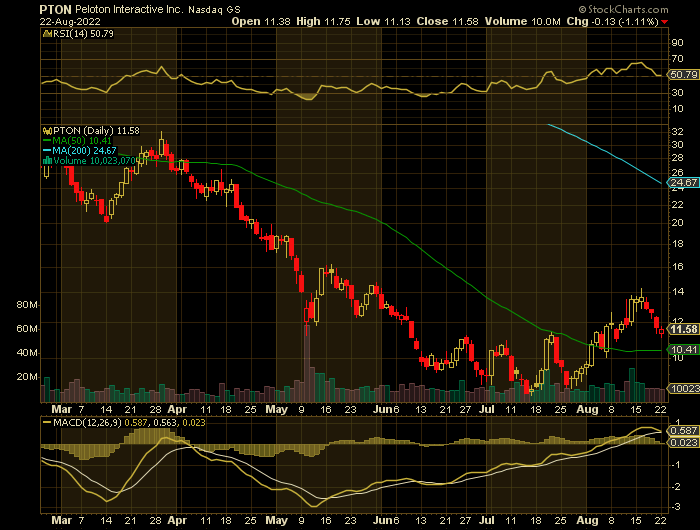 Back to Weekly Options USA Home Page from Peloton Interactive