Palantir Technologies stock shot higher on Friday following news of a deal with the Federal Aviation Administration (FAA). This will have PLTR monitoring various safety aspects for the FAA. 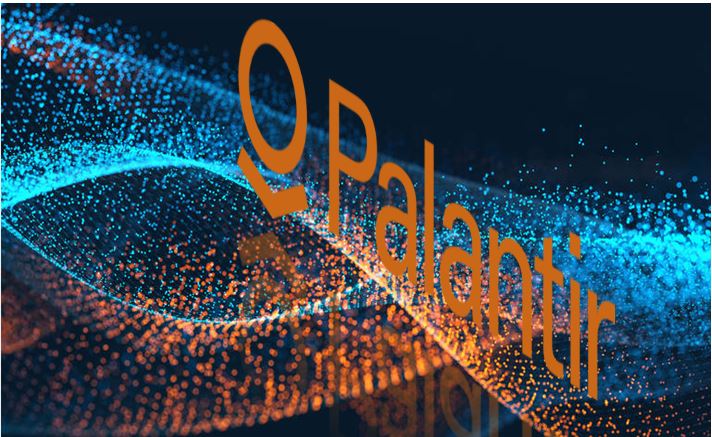 Data analytics firm PLTR is a new company on the block with impressive performance since its IPO.

Palantir's platform, which is named after the all-seeing orbs from The Lord of the Rings, accumulates data from disparate sources and helps organizations make data-driven decisions. It generates over half of its revenue from government contracts and plans to become the "default operating system" of the U.S. government for handling data.

Palantir's software is controversial. It was reportedly used to hunt Osama Bin Laden in 2011, but it has also been used by Immigration and Customs Enforcement (ICE) to locate and deport undocumented immigrants. Nonetheless, it continues to win new government contracts as its enterprise-facing Foundry business expands.

Palantir Technologies was one of the darlings of the first retail revolution back in January when the Reddit community pushed the PLTR stock price from $26 to $45 in a matter of days. Since then the stock has languished and slid back to $17.06 in May. From here things have started to pick up nicely and quietly for the software firm.

Earnings on May 11 were solid if unspectacular with EPS in line while revenue was $10 million ahead of analyst estimates. Palantir also announced a few days later that it had a new contract worth $32.5 million with the US Space Force and Air Force. The US CDC (Centre for Disease Control) has also recently announced a renewal of its partnership with Palantir. The earnings release had seen the shares take a brief spike lower to bottom out at  $17.06 as mentioned but since then it has been all one-way bull traffic.

At the close of trading the options trade exit price was sitting at $1.34 – still up 56%

The question now is should we exit the trade or wait for more profit?

Why Did Palantir Spike On Friday?

On Friday Palantir announced a new contract with the Federal Aviation Administration to provide data analytics tools for aircraft certification.

The company said the one-year FAA contract with two additional option years is valued at a maximum of $18.4 million. The enterprise software maker will support the FAA's aircraft certification activities, including the monitoring of the Boeing (BA) 737 Max fleet's return to service.

Akash Jain, president of Palantir USG, said the following about the agreement with the FAA that should have PLTR stock gaining today.

“We are proud to be partnering with the Federal Aviation Administration to support their critical safety mission.”

Palantir's years of proximity to the government have helped it win multiple contracts, strengthening its potential for future gains. Palantir derives 56% of its revenue from government clients -- its single largest customer.

As Palantir penetrates various branches of government, its business becomes more "sticky" and difficult to displace; as their managing data is very integrated and seamless. Palantir's Gotham platform can connect various government departments, enabling data from one to aid another. The company's 2020 annual report stated that Palantir wants to be the "default operating system" for all mission-critical data across the US government.

Why the Recommendation for a palantir Options Call Trade on wednesday?

Last month’s earnings report was a boon for Palantir stock. Prices were limping into the event, having fallen nearly 60% from their peak. The sales numbers were good enough to bring buyers swarming, and PLTR stock has been marching higher ever since.

There’s no denying the rebound in PLTR was aided by optimism’s return to growth stocks. The Nasdaq has toed the bullish line ever since, finally bursting to a fresh record yesterday.

While the Fed meeting always runs the risk of upsetting the market mood, it maybe that the Nasdaq’s push to new heights bodes well for stocks like PLTR.

They are clearly the dominant machine learning, artificial intelligence, and data analytics provider on the U.S. Government's vendor list as they keep winning major contract after major contract, including prestigious contracts with the U.S. nuclear stockpile and expanding its partnership with Space Force.

Additionally, the Artificial Intelligence technology race between the West and China is only just now beginning to take off; a competition that PLTR claims as central to its mission.

Management is still managing to achieve significant success with Foundry. PLTR estimates that its total addressable market here is ~$60 billion as well, though the global big data market is expected to grow at a CAGR of 22.4% through 2030 as artificial intelligence, machine learning, and data analytics take the global economy by storm.

The company only currently controls a very small percentage of their estimated total addressable market, but is clearly rapidly grabbing share in the United States. We also have reason to believe that PLTR will be able to accelerate their commercial growth moving forward as they are pursuing several aggressive initiatives towards that end:

PLTR is investing tens of millions of dollars into businesses that operate in industries at the forefront of innovation and data-driven disruption like robotics and healthcare.

PLTR is using this as an opportunity to expand Foundry's reach and assist these companies in their development and competitive standing by leveraging its own technology. It is estimated it will be around ~$3 billion in total 2040 market cap based on a total investment of ~$200 million at 15% annualized returns.

This Palantir Options Trade Is A Big Winner!

Will We Recommend Another Palantir Options Trade?

Back to Weekly Options USA Home Page from Palantir