Members of “Weekly Options USA,” Using A Weekly put Option,
Are Up 50% Due To Multiple Execution Issues Plaguing The Company Lately!

More to profit to come?
Join Us and GET FUTURE TRADEs!

Okta Inc (NASDAQ: OKTA) is a leader in the lucrative cybersecurity industry, but multiple execution issues have plagued the company lately. At this point, Okta is a risky bet that will only pay off if management can improve the company's quality.

Despite the rapid growth of Okta's end market of access and identity management, investors have aggressively sold the stock so far this year.

This set the scene for Weekly Options USA Members to profit by 50% using a Weekly Put Option! 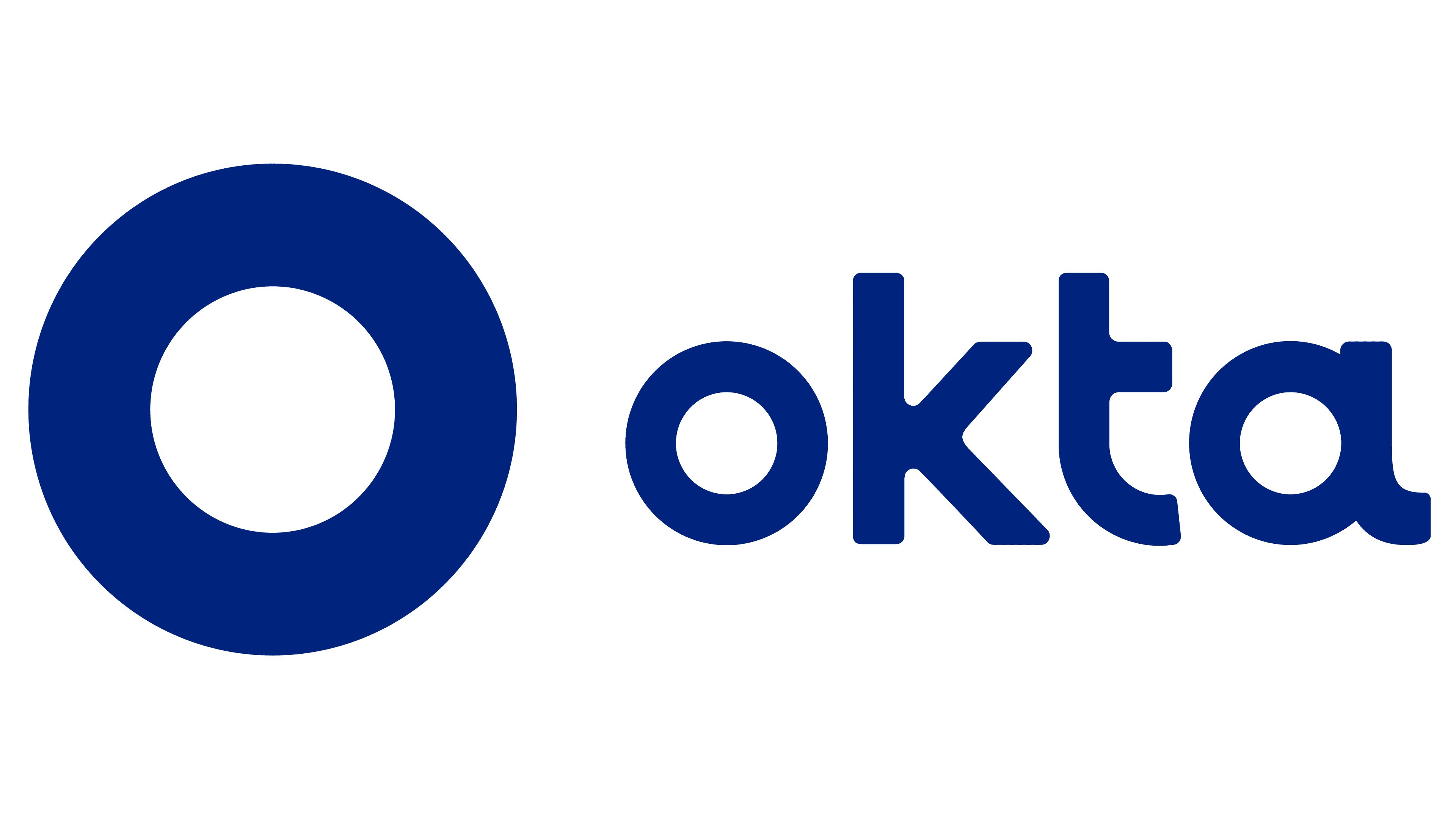 Why the Profit on Okta Stock?

Okta Inc (NASDAQ: OKTA) is a leader in the lucrative cybersecurity industry, but multiple execution issues have plagued the company lately. At this point, Okta is a risky bet that will only pay off if management can improve the company's quality.

Despite the rapid growth of Okta's end market of access and identity management, investors have aggressively sold the stock so far this year. Unfortunately, things didn't get any better after the company released its earnings results for the second quarter of fiscal 2023, as investors dropped the stock by nearly 34%.

At issue is the performance of Okta's sales teams in the wake of combining with newly-acquired identity platform Auth0 (a $6.5 billion deal that closed earlier this year).

The sales teams battled through a muddy process, and in turn saw an increase in attrition. That triggered a cut to full year bottom line guidance for Okta several weeks ago, which was not well-received in a jittery stock market.

The company offers Okta Identity Cloud, a platform that offers a suite of products and services, such as Universal Directory, a cloud-based system of record to store and secure user, application, and device profiles for an organization; Single Sign-On that enables users to access applications in the cloud or on-premise from various devices; Adaptive Multi-Factor Authentication provides a layer of security for cloud, mobile, Web applications, and data; Lifecycle Management that enables IT organizations or developers to manage a user's identity throughout its lifecycle; API Access Management that enables organizations to secure APIs; Access Gateway that enables organizations to extend the Okta Identity Cloud from the cloud to their existing on-premise applications; and Advanced Server Access to secure cloud infrastructure.

It also provides Auth0 products, including Universal Login that allows customers to provide login experience across different applications and devices; Attack Protection, a suite of security capabilities that protect from malicious traffics; Adaptive Multi-Factor Authentication that minimizes friction to end users; Passwordless authentication enables users to login without a password and supports in various login methods; Machine to Machine provides standards-based authentication and authorization; private Cloud that allows customers to run a dedicated cloud instance of Auth0; and Organizations that enables customers to independent configurations, login experiences, and security options.

It offers customer support, training, and professional services. It sells its products directly to customers through sales force and channel partners.

The company was formerly known as Saasure, Inc. Okta, Inc. was incorporated in 2009 and is headquartered in San Francisco, California.

The inflation report makes it more likely that the Federal Reserve will raise interest rates by 75 basis points at its meeting next week, which in turn increases the chances of a recession, as the Fed's goal is to bring inflation under control, even if that means cooling off the economy.

Growth stocks like OKTA tend to be more volatile than the broad market, and investors have turned away from unprofitable stocks like Appian and Okta due to fears of a recession and as rising interest rates have made long-dated earnings less valuable.

Okta's problems began once the Federal Reserve signaled its intentions to fight inflation with interest rate hikes at its Dec. 15, 2021, meeting. Since then, the stock has dropped nearly 71% -- a loss that was exacerbated by its high unprofitability.

The company's net income (a measure of profitability) began a significant downward trend in the middle of 2021, creating a nightmare scenario for Okta of shrinking profitability in a rising interest environment.

A quick rebound is NOT expected in Okta's stock as long as interest rates rise. Additionally, the stock will fall further if its profitability continues to deteriorate.

Shortly after the acquisition, management optimistically released long-term growth projections for the combined company of $4 billion in revenue by the fiscal year 2026. However, the marriage between the two companies has gotten off to a rocky start, and its $4 billion revenue projection has recently been called into question, for two reasons....

1. First, the company was overly optimistic about how fast it could integrate both companies' sales teams, especially since the Okta and Auth0 marketing plans were radically different.

2. The second reason the company is less confident in its original revenue projections is that the merged company is losing salespeople much faster than management wants, with most of the loss coming from former Auth0 salespeople leaving.

CEO Todd McKinnon announced on the company's Aug. 31 earnings call that Frederic Kerrest, the executive vice chairman and chief operating officer, who also co-founded Okta, is taking a one-year sabbatical beginning Nov. 1. Kerrest will remain on the board during his leave, but McKinnon did not explain how the company planned to replace his COO position.

Then in a one-two punch, McKinnon said that Chief Product Officer Diya Jolly is leaving the company -- notable because she is responsible for helping align Okta's product teams with its new sales strategy. The company plans on splitting Jolly's role between two people. In the future, one person will run a product strategy for the customer identity cloud and another for the workforce identity cloud.

Of course, the market disliked these two key executives leaving during a critical period for the company.

Okta, for example, said in its most recent earnings report that sales cycles were starting to lengthen, meaning its customers were becoming more cautious. That was one of the reasons why shares of the cloud identity stock plunged on the report, and part of the reason why the company said it was reevaluating its long-term growth target of $4 billion in revenue by fiscal 2026, which ends in January 2026.

Analysts Patrick Colville of Deutsche Bank and Shebly Seyarfi of FBN Securities, both of whom notably reduced their price targets on Okta stock last week.

Colville now feels the company is worth $90 per share, down from his previous $130 target, while Seyarfi's new price tag is $110, down from $160. Despite the slices, both men are maintaining the equivalents of buy recommendations on Okta shares.

The main reasons why the analysts reduced their price targets weren't immediately apparent. While investors overreacted to the latest Okta developments, they were nevertheless right to be more cautious about the company. Revenue growth is vitally important for young tech enterprises, and if there's a chance they won't meet expectations, they can be punished severely by the market. 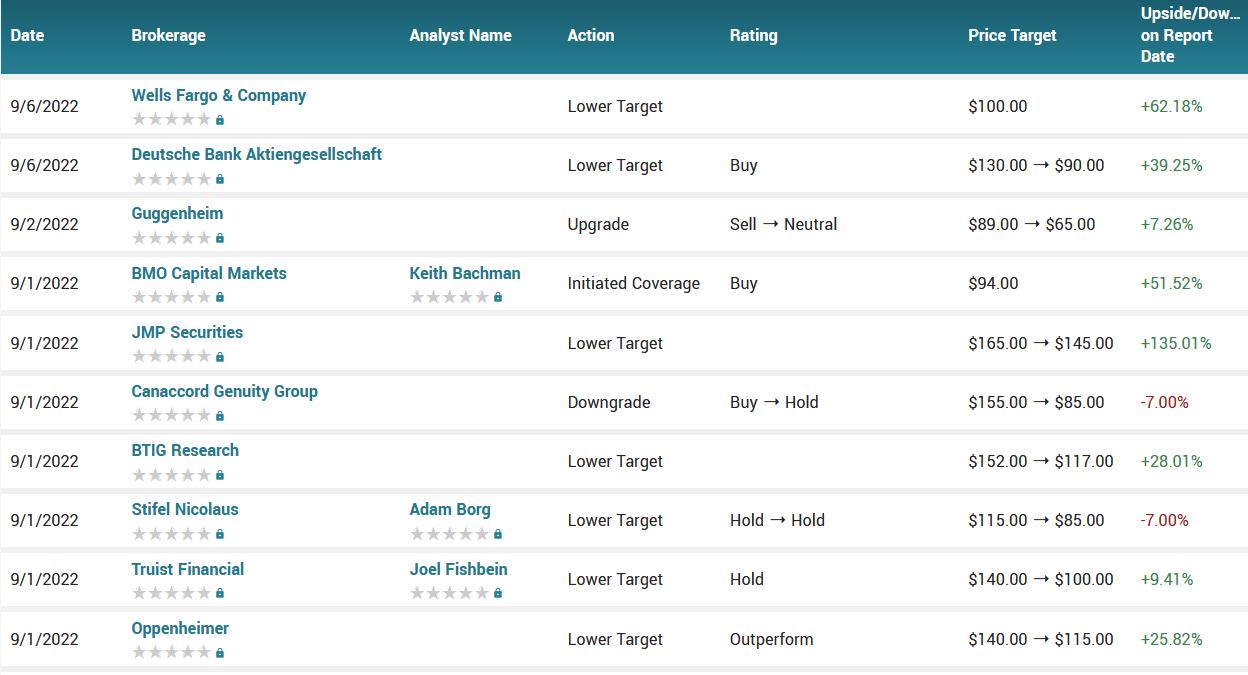 According to the issued ratings of 26 analysts in the last year, the consensus rating for Okta stock is Hold based on the current 14 hold ratings and 12 buy ratings for OKTA. The average twelve-month price prediction for Okta is $117.80 with a high price target of $260.00 and a low price target of $65.00.

The ride could be bumpy in the short term. Therefore, the stock could continue to as long as the Federal Reserve is raising interest rates.

Back to Weekly Options USA Home Page from Okta