Nike Inc, the sneaker and apparel maker, warned last week the loss of production in COVID-19 stricken Vietnam is among several supply chain issues it is encountering.

And Weekly Options Members will have the opportunity to gain further on their already potential profit of 116% as the problem remains ongoing.

Are you on-board to profit as well? 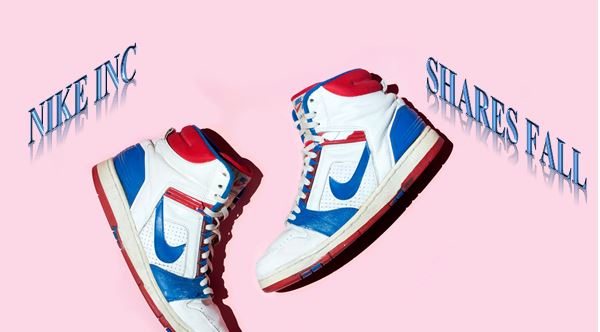 On Tuesday, September 14, 2021, a Nike Inc Weekly Options trade was recommended to our members based on several catalysts.

Nike Inc (NYSE:NKE), the sneaker and apparel maker, warned last week the loss of production in COVID-19 stricken Vietnam is among several supply chain issues it is encountering. "We are not immune to the global supply chain headwinds that are challenging the manufacture and movement of product around the world," Nike CFO Matt Friend told analysts on an earnings call. Nike went on to slash its full-year sales outlook, blaming supply chain challenges.

There is plenty of optimism in the market place at this stage but it should also be noted that this seems to be out of balance based on…..

Looking at circumstances due to the pandemic.....

NOTE: The actual entry and exit prices will vary among individual traders – this will depend on their risk tolerance and exit strategy.

It is very likely that this Nike Inc Weekly Options trade will increase in profit before expiry on Friday.

Nike Inc (NYSE:NKE) set its all-time intraday high of $174.38 on August 6 and has since traded lower on Covid-related issues. The weekly chart for Nike ended last week negative. The stock is below its five-week modified moving average at $162.60. The stock is well above its 200-week simple moving average or reversion to the mean at $98.68.

Yesterday’s news is that the athletic shoemaker lost production of 160 million pairs of shoes in facilities located in Vietnam. The stock is nearing its quarterly pivot at $157.14, which was tested on July 1 and again on July 19 and July 20. This decline has downgraded its weekly chart to negative.

Shares of Nike are not cheap. Its P/E ratio is 45.95% with a dividend yield of 0.67%. Nike has beaten earnings-per-share estimates for four consecutive quarters with their last report released on June 24.

As a result of worsening supply chain disruption in Vietnam, BTIG has downgraded Nike’s rating from Buy to Neutral.

“We believe the risk of significant cancellations beginning this holiday and running through at least next spring has risen materially for NKE as it is now facing at least two months of virtually no unit production at its Vietnamese factories which accounted for 51% of footwear and 30% of apparel units,” said BTIG senior analyst Camilo Lyon, in a recent note.

Over the past few months, COVID-19 cases in Vietnam have continued to rise, with its fully vaccinated rate only between 4% and 5%. In response, Vietnamese government officials have responded by closing down manufacturing facilities throughout the country.

When asked if changing manufacturing locations in the interim, Lyon did not mince words about the dire situation the Swoosh brand could face in the short term.

“Nike is the best company in the world, it’s also one of the largest. So when we talk about them shifting their production, we’re talking about a battleship turning, it’s a very long drawn out process,” he said.

“In particular, on footwear the complexities mount even more so relative to apparel ... If you think about how many hands, how many pairs of hands go into making a pair of shoes, it can be north of 30 people touching one pair of shoes,” he said.

“So the complexity is around labor, the complexities around the molds and the [cast] and the machinery that have been in place in Vietnam make that transition, while not impossible, pretty darn close to impossible, at least in the very near term," he said.

“Based on our supply chain checks with our manufacturing contacts in Vietnam and Singapore, we estimate F22 sales could be flat to +LSD vs. current guidance of +LDD growth, with the biggest impacts to FQ2-FQ4. We now are modeling F22/23 EPS of $3.29 / $4.33, effectively pushing our earnings estimates out one year,” Lyon's note stated.

Logistics are not the only hurdle in Nike’s way when it comes to shifting production within Asia. China could be seen as a good location if problems continue to persist in Vietnam. However, Lyon points out that the Trump administration’s tariffs imposed on Chinese imports are still in effect.

“So then we’re talking about an incremental cost to that transition from Vietnam to say China of about 30%. So really there’s not a great amount of quick remedy that we see unfolding. They can’t shift production out. They can’t keep more units to themselves to sell through their own channels,” Lyon said.

“In fact, the math that we ran suggests that that would be a pretty cataclysmic shift against the wholesale partners in their favor. And it still wouldn’t make up enough of the loss production,” he added.

“Sales will likely stall or slow down a bit. It’s too late to change anything for holiday shipping and they probably figure that things will settle down by next spring,” he said.

A number of other brokerages have recently commented on NKE...... 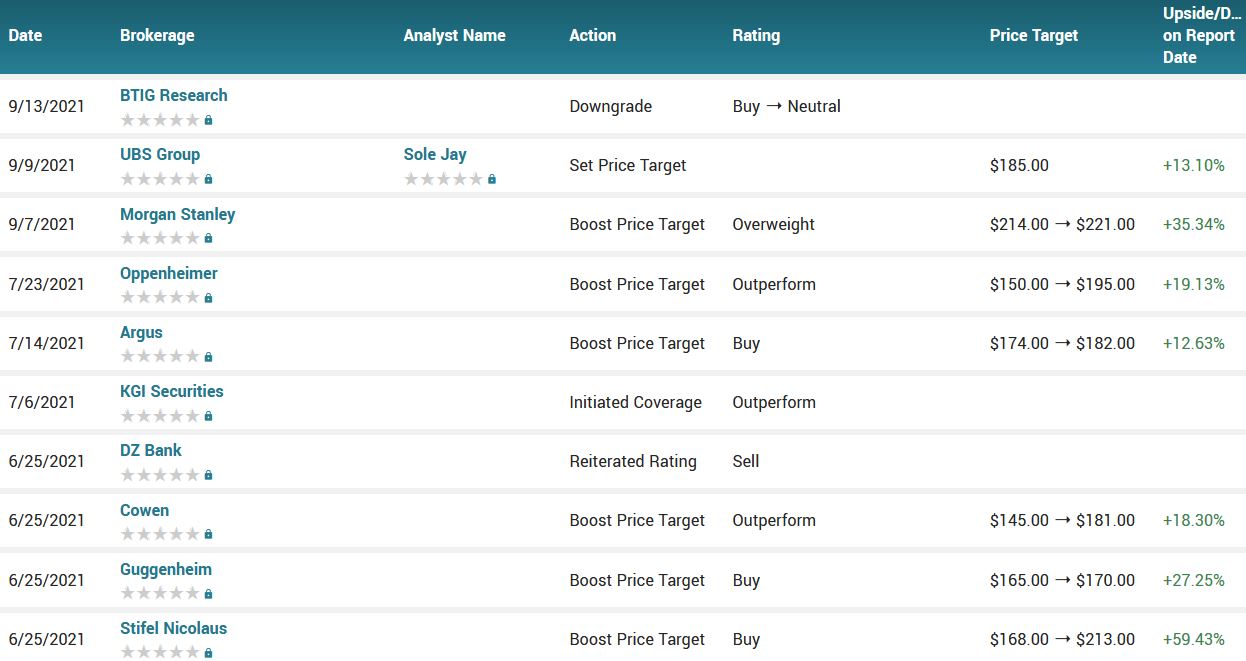 Nike Inc is expected to report earnings on 09/23/2021 after the market closes. The report will be for the fiscal Quarter ending Aug 2021. Based on 10 analysts' forecasts, the consensus EPS forecast for the quarter is $1.12. The reported EPS for the same quarter last year was $0.95.

NIKE Inc last issued its quarterly earnings results on Wednesday, June 23rd. The footwear maker reported $0.93 EPS for the quarter, topping analysts’ consensus estimates of $0.51 by $0.42. NIKE Inc had a net margin of 12.86% and a return on equity of 51.41%. The company had revenue of $12.30 billion for the quarter, compared to analyst estimates of $11.02 billion.

However, these forecasts were before the Vietnam situation!

Even though Vietnam announced on Monday that it was easing its strict Covid-19 restrictions, allowing factories to reopen, Nike Inc will take several months to ramp back to full production.

Chief Financial Officer Matt Friend said during the earnings conference call last Thursday that 80% of its footwear factories and 50% of its clothing factories in southern Vietnam remained closed.

"It's going to take several months to ramp back to full production," Friend said, after Vietnam announced its Covid-19 policy change. 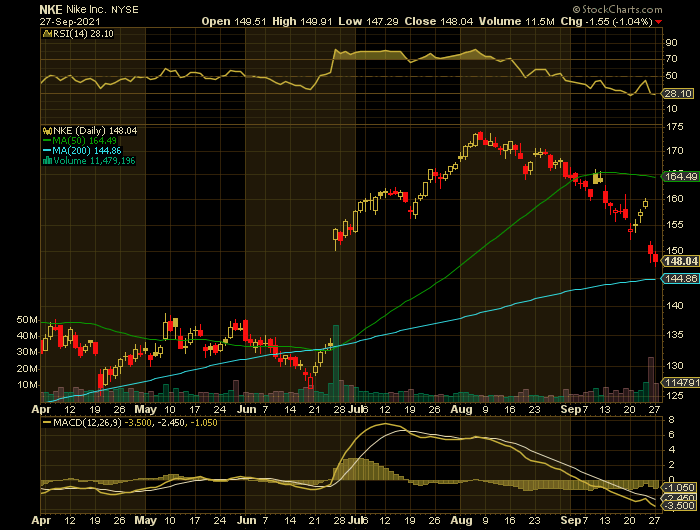 The Nike Inc Weekly Options Trade Has Been A Big Winner!

What Further Nike Inc Weekly Trades Will We Recommend?

Back to Weekly Options USA Home Page from Nike Inc