Intel Surges Due To The Global Chip Shortage!

Intel Corporation is making good progress with development of its 7-nanometer chips. It also announced plans to spend $20 billion to build two new semiconductor fabs in Arizona. Plus, it outlined a plan to become a major provider of foundry capacity in the U.S. and Europe to serve customers globally.

And, “Weekly Options Members” managed to gain a potential profit of 335% within 2 trading days. 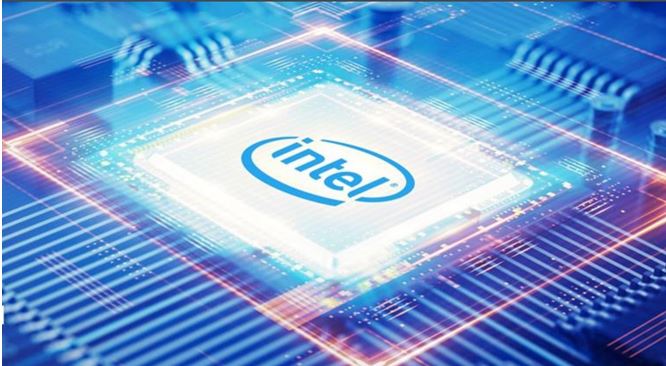 TOTAL PROFIT FOR THE DAYS TRADING IS 335%

The chip shortage has been developing over the past year. Ever since the pandemic hit for the first time last spring, the supply chain started suffering shortages, and continued to get worse.

The work-from-home situation saw an increase in demand for computers and consumer electronics, and chipmakers adjusted their supply to focus on these markets.

Then, when the economy started opening up, and social distancing still applied, people started to buy more cars than normal – the chip shortage came to the fore as chipmakers couldn’t accommodate them.

Along with a mix of other reasons the end result is inventory shortage at manufacturers of automobiles as well as a range of consumer electronics products, including smartphones, refrigerators and microwaves.

Why The Trade Recommendation On Intel?

Santa Clara, California based Intel Corporation (NASDAQ:INTC), a designer and manufacturer of digital technology platforms, a large-cap value stock and member of the Dow Jones Industrial Average, has a new plan to capture market share.

Intel Corporation, one of the largest chipmakers in the world, has lagged its peers over the last few years in the development of advanced transistor processors.

Intel is yet to bring 7nm chips to the market, and this delay led Apple, Inc. (AAPL) to ditch Intel as a supplier of processors for MacBook products late last year.

The chip giant has lost its luster in recent years, as both Nvidia and AMD have delivered superior products and eaten away at its market share.

But Intel is certainly outperforming its hipper rivals in 2021. Year-to-date, the stock is up by 29%, delivering far better returns than both rivals, while the SOX - the major semiconductor index – is up by only 9%.

Pat Gelsinger, the newly appointed Intel CEO joined the company on Feb. 15 and introduced a strategic plan on March 23 to expand the manufacturing capabilities of the company to bring advanced chips to the market. This is a step in the right direction.

Intel is planning to invest $20 billion in 2 new manufacturing facilities in Arizona to expand its foundry services segment. Fabless chipmakers, or semiconductor companies that design and sell hardware and semiconductor chips without manufacturing the silicon wafers used in their products, outsource the fabrication process to a foundry. Intel’s new plants are trying to capture this business opportunity and according to the recent announcement, Intel will treat the foundry business as a standalone unit to avoid cannibalization.

Separately, the company confirmed its plans to outsource some of its manufacturing needs to third-party chipmakers, which could turn out to be a catalyst for growth in the future. AMD has already seen success with this strategy.

"Our past attempts were somewhat half-hearted," Gelsinger said in a presentation to analysts, as reported by Bloomberg.

This time around, Intel appears fully committed to becoming a major player in the foundry business. The company will be able to offer manufacturing capacity in the U.S. and Europe, and customers will be able to make use of Intel's intellectual-property portfolio, including its x86 cores.

Given Intel's previous failure at getting a foundry business off the ground, along with its years-long struggles with manufacturing, the push into offering foundry services may seem unexpected. But given how profitable TSMC has become, it makes perfect sense.

Many Wall Street analysts have been questioning Intel’s decision to manufacture all products internally, which has proved to be inefficient in the last few years. Using a blended production strategy might help Intel bring advanced chips to the market more efficiently, which in turn, will boost revenue growth.

These include the production of modular tiles using state-of-the-art process technologies for the company’s client and data center CPUs as well as the Ponte Vecchio GPU.

“As a result,” said Bolton, “Intel is increasing its engagements with TSMC, Samsung, GlobalFoundries and UMC.”

Asia is now where the majority of the world's cutting edge foundry capacity is based, and Bolton says the company launched IFS to “address the industry's capacity constraints and need for more geographically balanced manufacturing capacity.”

Furthermore, Intel is addressing the issues which have delayed the release of its next-gen 7-nanometer chips. Bolton says the company is “righting this wrong.” By more than doubling its use of EUV (extreme ultraviolet), it has now “re-architected and simplified its 7nm process flow.”

The company also gave an update on its earnings projections. Driven by “continued strength in notebook demand,” Intel anticipates beating its current 1Q21 revenue guidance of $17.5 billion and EPS forecast of $1.10.

To this end, the analyst reiterated a Buy rating on INTC shares along with a $74 price target.

3. Growth In The Adoption Of Cloud Computing Services.....

The growth in the adoption of cloud computing services accelerated as a result of the virus-induced recession that led to secular growth in the work from home movement. This presents Intel with a good opportunity to grow its earnings.

Data centers are under pressure to improve the efficiency of their servers to cater to the strong demand for cloud computing, and this can only be achieved by using advanced chips. Intel, as one of the leading chipmakers in the world, is well-positioned to benefit from this macroeconomic development.

Intel’s strong presence in the personal computer chip market will also be a catalyst for growth. According to data from Gartner Research, worldwide PC shipments clocked in at 275 million units in 2020, growing 4.8% year-on-year. This was the highest annual growth rate seen since 2010, and the increased adoption of remote working played an important role in the growth of PC sales last year.

Many large-scale employers including Twitter, Inc., Snap Inc., and Alphabet Inc. have introduced plans to allow remote working in the long run, which is likely to keep PC sales at an elevated level in the next couple of years. This is good news for Intel.

Intel's core business of manufacturing PC and server chips is highly profitable, even with its manufacturing missteps. The company generated $20 billion of revenue, a gross margin of 56.8%, an operating margin of 29.5%, and net income of $5.9 billion in the fourth quarter of 2020. Intel is still a cash machine.

In the past, it made little sense to use manufacturing capacity to make chips for third parties when it was more lucrative to use that capacity for its own chips. But things have changed. Intel's profits are impressive, but so are foundry market leader TSMC's.

If Intel succeeds in becoming a major provider of foundry services, margin could potentially improve, given how profitable TSMC has become. Intel faces a lot of challenges: Its manufacturing difficulties remain, competitors may not want to turn to Intel for manufacturing, and it will take huge investments to overcome the manufacturing lead that TSMC has built. But the foundry business could be very profitable for Intel in the long run if everything goes right.

The Biden administration last week called for $50 billion in funding to support the U.S. chip industry as part of the administration's $2 trillion infrastructure plan. In February, the administration ordered a review of the semiconductor supply chain to find gaps in U.S. manufacturing capabilities.

And, on March 23, Intel said the company is making good progress with development of its 7-nanometer chips. It also announced plans to spend $20 billion to build two new semiconductor fabs in Arizona. Plus, it outlined an plan to become a major provider of foundry capacity in the U.S. and Europe to serve customers globally.

On Jan. 13, Intel announced that it was replacing fiscally minded Chief Executive Bob Swan with a technology-focused leader in then-VMware CEO Pat Gelsinger. Gelsinger, who previously served as Intel's chief technology officer, took over on Feb. 15.

Gelsinger vowed to stay the course and focus on improving Intel's chip-manufacturing operations.

He expressed confidence that Intel is making progress in resolving issues with its 7-nanometer process technology. He doubled down on the company's commitment to in-house manufacturing but said Intel will use outside fabs for some chip production.

"Clearly, we're not interested in just closing gaps. We're interested in resuming that position of the unquestioned leader in process technology," Gelsinger said.

Will Intel Continue To Provide Profit?

Will We Recommend Another Trade On Intel?

Back to Weekly Options USA Home Page from Intel Surges Due To The Global Chip Shortage!