Draftkings Inc (NASDAQ: DKNG) reports earnings at approximately 7:00 AM ET on Friday, February 18, 2022, and the market and several existing negative catalysts will work against a successful earnings report!

What trade will be recommended to members?

Draftkings Inc (NASDAQ: DKNG) reports earnings at approximately 7:00 AM ET on Friday, February 18, 2022, and the market and several existing negative catalysts will work against a successful earnings report!

The market expects DraftKings to deliver a year-over-year decline in earnings on higher revenues when it reports results for the quarter ended December 2021.

Consensus estimates are for earnings to decline year-over-year by 18.84% with revenue increasing by 37.31%.

Short interest has increased by 34.7% and overall earnings estimates have been revised lower since the company's last earnings release.

DKNG is expected to be still losing money when looking at earnings per share; with the overall revenue trend that this company has seen, 60 percent most recent quarter, 320 percent, previous 253 and 146.

For the last reported quarter, it was expected that DraftKings would post a loss of $1.11 per share when it actually produced a loss of $1.35, delivering a surprise of -21.62%.

The company has not been able to beat consensus EPS estimates in any of the last four quarters.

DraftKings Inc was founded in New Jersey 9 years ago, and has since expanded to operate in 13 US states and 8 other countries, giving players a vicarious thrill in 15 different sports categories. DraftKings is well-positioned to expand its network, as 25 US states this year have proposed legislation that will legalize mobile online sports betting.

This company went public through a SPAC merger in April of last year, and since then has seen its share price more than double. Since going public, the company’s reported revenues peaked in 4Q20 – which makes sense, as that coincides with the playoff period of the NFL, a major source of fantasy league action.

Last earnings, DKNG mentioned that OSB, that's online sports betting, is only live in 29 percent of the United States populations.

Even with New York and with Louisiana happening this quarter, this is going to be less than 45 percent. iGaming is only in 11 percent of the US population. Online sports betting, if it's allowed in one state, it doesn't mean that iGaming, which is online casino, is allowed.

The Super Bowl won’t be reflected in the earnings released by DraftKings Inc on Feb. 18. The Boston-based sports betting company is going all in on this year’s Super Bowl, hoping to capture some of the record $7.6 billion that is expected to be wagered on the big game between the Cincinnati Bengals and Los Angeles Rams.

DraftKings Inc had heavily promoted itself in the lead-up to the Super Bowl trying to draw in gamblers with several promotions. The company is estimated to be giving away $10 million in free bets and promotions to people who use its app to wager on the game, including a $1 million grand prize.

DraftKings Inc is also one of only two gaming companies advertising during the Super Bowl. How the aggressive promotions and advertising impact the company won’t be known until its next earnings report.

While DKNG stock may eventually transition into a viable discount – and some evidence calls for that – you’ve got to focus on the immediate threat.

Right now, that threat is market panic, plain and simple. As you know, the Federal Reserve is not really a friend of risk-on assets. Due to soaring consumer prices, the central bank is worried about inflation spiraling out of control. Now, there’s some debate about whether this inflation is due to the unique disruptions of the coronavirus pandemic or something more deeply ingrained.

With the Federal Reserve pivoting toward a hawkish monetary policy, it doesn’t make sense for many investors to hold onto something like DKNG stock.

When it comes to any national endeavor, you cannot ignore the Golden State. Obviously, it’s the biggest economic engine for the U.S. If California were its own country, it would represent the fifth largest economy in the world. Therefore, it seems only reasonable that the state would legalize sports betting.

However, California’s local Native American tribes have heavily contested new sports wagering legislation, especially online wagering as it would not be under their direct control. And that’s where the music might stop, no matter how glamorous legalization would be.

Therefore, it is somewhat difficult to believe that California will simply allow sports betting to be the law of the land, knowing full well it could financially disrupt Indigenous businesses.

DraftKings Inc has generated $822 million in revenue through the first three quarters of 2021 but spent $703 million on sales and marketing alone. Its total losses from business operations in these three quarters are almost $1.2 billion, which shows how far the company is from turning a profit.

Wall Street analysts mostly expect DraftKings Inc to remain unprofitable until 2024, according to Bloomberg consensus data. Additionally, Money MSN shows that on a relative basis, the stock is still overvalued.

Specifically, its price-to-sales (P/S) ratio is 28.7x compared to the Hotels & Entertainment Services industry P/S ratio of only 3.6x. Meanwhile, the price-to-book (P/B) ratio of DraftKings is 6.6x, compared to the P/B of 3.3x for its industry.

DraftKings Inc is a leading market share player in the very large and profitable sports betting industry. It continues to be expensive, and its fundamentals have not improved. It is losing money and burns cash.

There’s no other way of saying it, it’s been a rough old 12 months for DraftKings Inc. The stock has shed 66% of its value as investors have fled from growth and speculative assets to more safe havens.

However, Lampen thinks other measures such as restrictions on marketing, or tighter background checks are more likely. Interestingly, it is the former which the analyst believes would be a “positive.” “Either way,” Lampen went on to add, “We expect DKNG to stay focused on growing MUPs (monthly unique payers), given improving net CAC rates and signs that smaller operators may be looking for exits.”

Lampen sticks with a Neutral (i.e. Hold) rating and no fixed price target in mind. 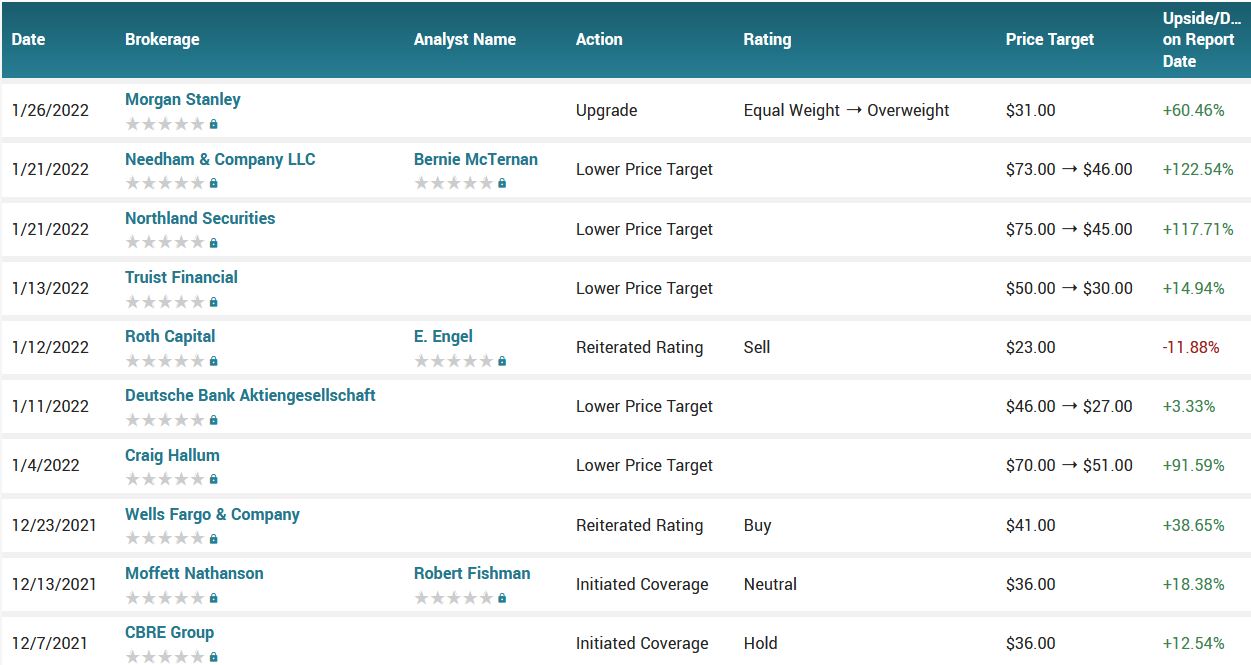 Revenue growth has not been the primary challenge for DraftKings Inc in 2021. Instead, the focus has been on the high degree of costs to achieve that growth. In the nine months ended Sept. 30, DraftKings has lost $1.2 billion on the bottom line.

The market appears to be most focused on losses to DraftKings' bottom line. In the past year, the stock is down nearly 60%. Management may need to shift attention to a more sustainable growth path. Otherwise, the stock may continue to suffer despite impressive top-line growth.

Sports betting, once seen as a sure way to profit, are now seen as more of a long shot. The problem is it costs a lot of money to get customers.

As well, keep in mind that DKNG stock entered the public arena via a reverse merger with a special purpose acquisition company. Although SPACs are interesting vehicles in that they facilitate greater access for retail investors to participate in ground-floor-like opportunities, it’s the sponsors that are laughing their way to the bank.

Indeed, at a few cents below $23, DKNG stock risks falling closer and closer to its initial offering price of $10. This is its overriding reality. 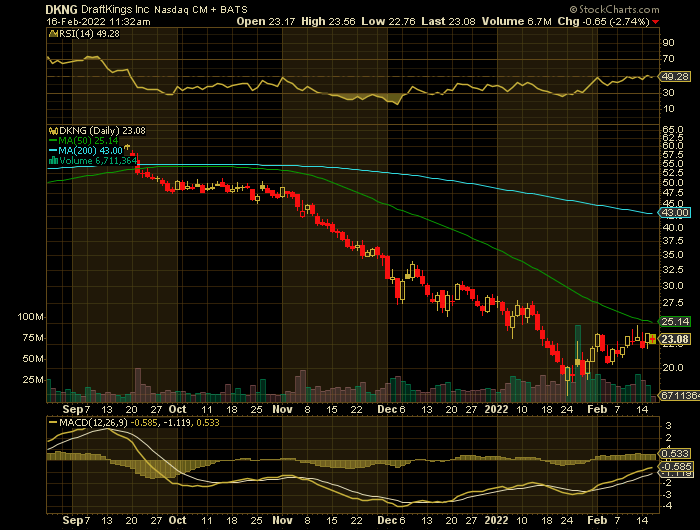