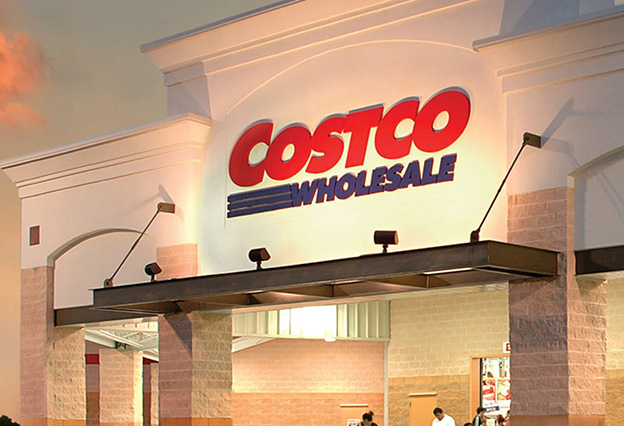 Costco is expected to deliver a year-over-year increase in earnings on higher revenues when it reports results for the quarter ended November 2021.

The consensus earnings estimate is for $2.59 per share on revenue of $49.05 billion; but the Whisper number is higher at $2.77 per share.

Consensus estimates are for year-over-year earnings growth of 13.10% with revenue increasing by 13.52%.

For the last reported quarter, it was expected that Costco would post earnings of $3.55 per share when it actually produced earnings of $3.90, delivering a surprise of +9.86%.

Short interest has decreased by 17.1% and overall earnings estimates have been revised higher since the company's last earnings release.

Costco Wholesale Corp. engages in the operation of membership warehouses.

The firm's product categories include food and sundries, hardlines, fresh foods, softlines, and ancillary. It operates through the following segments: Unites States Operations, Canadian Operations, and Other International Operations.

Costco currently operates 824 warehouses, including 571 in the United States and Puerto Rico, 105 in Canada, 40 in Mexico, 30 in Japan, 29 in the United Kingdom, 16 in Korea, 14 in Taiwan, 13 in Australia, three in Spain, and one each in Iceland, France, and China. Costco also operates e-commerce sites in the U.S., Canada, the United Kingdom, Mexico, Korea, Taiwan, Japan, and Australia.

The company was founded by James D. Sinegal and Jeffrey H. Brotman in 1983 and is headquartered in Issaquah, WA.

The retailer requires people to pay for annual memberships that grant the privilege to shop at its warehouse stores. Impressively, Costco offers enough good deals to make the membership worthwhile for over 60 million households.

As of its fiscal fourth quarter, which ended Aug. 29, Costco boasted 61.7 million paying membership households. That was up by 1.1 million from just 16 weeks earlier. It offers two membership tiers -- standard and executive.

The standard membership runs $60 for the year and gives households access to shop inside Costco warehouses. The executive membership costs $120 per year, and in addition to shopping privileges, gives customers 2% cash back on purchases at Costco.

Will Costco Raise The Cost of Membership?.....

Costco has historically increased membership prices roughly every five years, and the last time the company raised prices was in 2017, so that time is approaching. Management might announce when the next price increase will be or discuss its thought process around the decision.

Costco reported North American membership retention rates of 91.3% in its most recent quarter. If a similar percentage of members renew their subscriptions at a higher price, that will boost operating profits meaningfully.

Costco has a solid history of beating earnings estimates and is in a good position to maintain the trend in its next quarterly report.

When looking at the last two reports, this warehouse club operator has recorded a strong streak of surpassing earnings estimates. The company has topped estimates by 14.97%, on average, in the last two quarters.

For the most recent quarter, Costco was expected to post earnings of $3.55 per share, but it reported $3.90 per share instead, representing a surprise of 9.86%. For the previous quarter, the consensus estimate was $2.29 per share, while it actually produced $2.75 per share, a surprise of 20.09%.

Costco Wholesale Corp. said Wednesday that its November sales rose to $18.13 billion from $15.67 billion last year, up 15.7%, as inflation eased from the month prior.

Cowen analysts, like many others, believe supply chain disruption will continue through 2022, and they think that will benefit Costco earnings.

“We believe there are many factors that have led to the crisis at the ports and that a fix is not something that will come overnight,” the analysts, led by Jason Seidl, wrote in a commentary.

As for Costco, it is “well positioned to manage rising supply chain costs given its scale, importance to vendors, majority localized sourcing, and cash considerations,” Cowen’s Oliver Chen wrote.

Costco Wholesale had its price target raised by investment analysts at Raymond James from $540.00 to $565.00 in a report released on Friday. The brokerage presently has an “outperform” rating on the retailer’s stock. Raymond James’ price target indicates a potential upside of 7.51% from the company’s previous close.

Also, Costco had its price target raised by stock analysts at Loop Capital from $555.00 to $585.00 in a research note issued to investors on Thursday. The brokerage currently has a “buy” rating on the retailer’s stock. Loop Capital’s price objective would suggest a potential upside of 13.34% from the stock’s current price. The analysts noted that the move was a valuation call.

As well, Costco had its target price lifted by stock analysts at Citigroup from $505.00 to $540.00 in a report released on Thursday. The firm presently has a “neutral” rating on the retailer’s stock. Citigroup’s price target would suggest a potential upside of 1.92% from the company’s previous close. 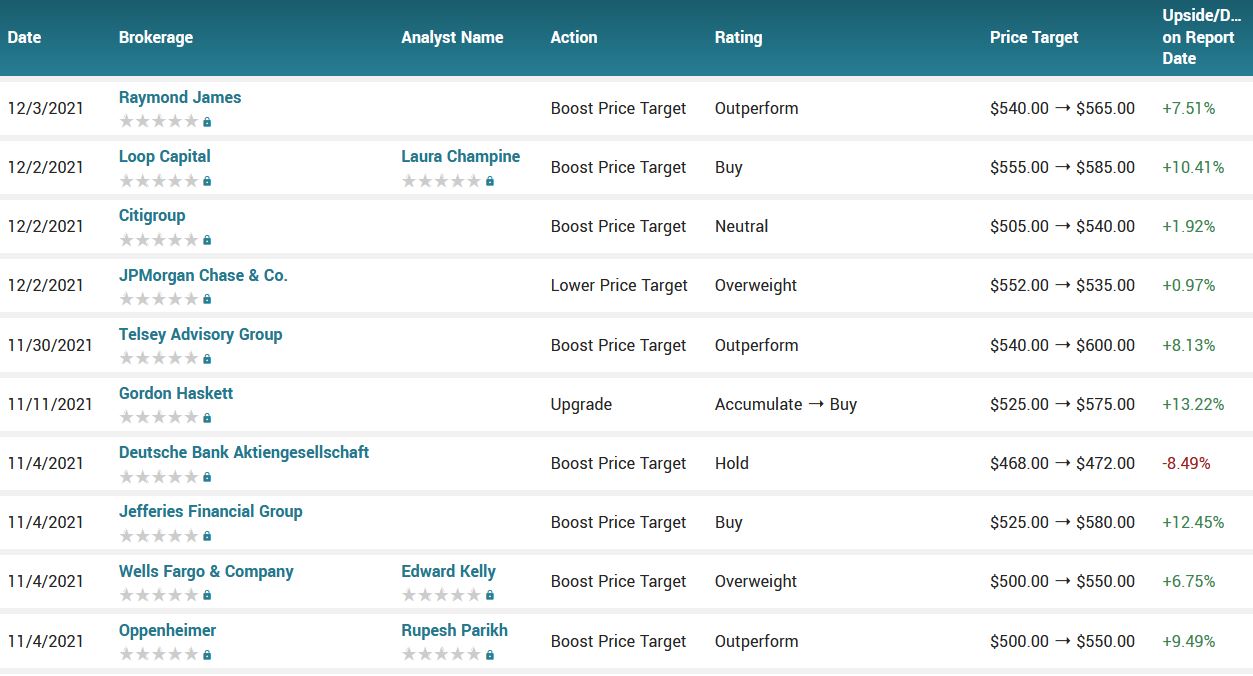 Growth rate in EPS would be right in line with its compound annual growth rate in the metric over the last decade of 13.1%. Costco's unique business model of providing customers an excellent value in exchange for a yearly membership fee works well for the retailer. As a result, Costco's stock is working well for shareholders -- it's up 46% year to date. If the reports for Costco earnings increase in the rate of membership growth in Q1 or a membership price increase, it could send the stock higher still. 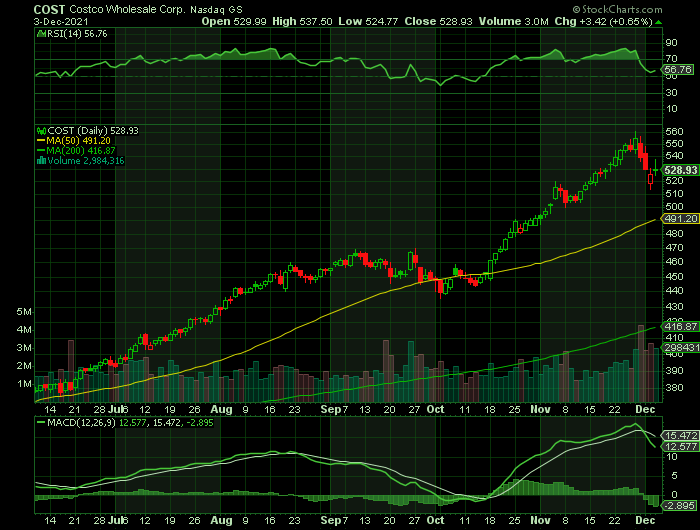 To see what we are proposing for Costco Earnings CLICK HERE and join our membership.

Back to Weekly Options USA Home Page from Costco Earnings