Citigroup Takes A Hit Due To The Russia Ukraine Conflict!

But, Members of “Weekly Options USA” Are Up 117% Potential Profit
Using A Weekly Put Option!

Citigroup has almost $10bn worth of exposure to Russia through loans, government debt and other assets, partly held through its retail bank in the country which it has said it wants to sell.

As well, Citigroup became the latest bank to be probed by the U.S. Securities and Exchange Commission in an industry-wide enquiry over employees using communication channels not approved by the company. 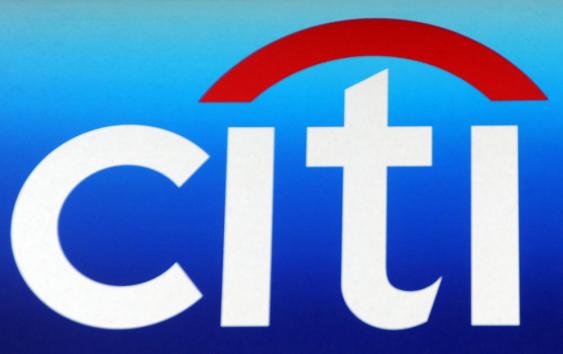 Citigroup Inc (NYSE: C) was the worst performer out of the big banks on Monday. The stock finished the day nearly 5% lower.

The main catalyst for the move is Citigroup's recently reported exposure to Russia. Citi is by far the most international of the big U.S. banks, with operations throughout the world. The bank has a substantial branch network in both Russia and Ukraine, and while it had previously announced plans to attempt a sale and exit of its Russian business, it hasn't yet done so.

Citigroup said it has almost $10bn worth of exposure to Russia through loans, government debt and other assets, partly held through its retail bank in the country which it has said it wants to sell.

As well, Citigroup became the latest bank to be probed by the U.S. Securities and Exchange Commission in an industry-wide enquiry over employees using communication channels not approved by the company, it disclosed in a regulatory filing on Monday.

Citigroup, Inc is a holding company, which engages in the provision of financial products and services.

Members Profits on the citigroup Trade.....

Weekly Options USA Members entered this trade on Tuesday, March 01, 2022 for approximately $1.66; and on Wednesday the price of the option hit 3.60.

This Citigroup Options Put trade provided a potential profit of 117%.

Citigroup reports $2.9 billion in consumer and corporate loans in its Russian segment, as well as $1.5 billion in investment securities. It has $1 billion in cash at Russian financial institutions, and $1.8 billion in reverse repurchase agreements. Plus, other Citigroup units around the world have $1.6 billion in Russian exposure. Add all of this up, as well as certain other assets on its balance sheet, and Citigroup has nearly $10 billion in exposure to Russia -- not exactly an ideal situation.

“Citi continues to monitor the current Russia-Ukraine geopolitical situation and economic conditions and will mitigate its exposures and risks as appropriate,” the bank said in the regulatory filing.

The enquiry, involving some of the largest banks and financial institutions in the United States, was first launched in October by the regulator to assess if the firms were keeping an adequate track of employees' digital communications.

The scrutiny highlights the challenges Wall Street institutions have faced in tracking staff communications in the work-from-home pandemic era, particularly over personal devices.

The company said the SEC was investigating Citigroup Global Markets Inc's record-keeping compliance and that it was cooperating with the regulator.

The SEC has contacted several companies since last year to check if employees' work-related communications, such as messages and emails, have been properly documented.

Five investment analysts have rated the stock with a hold rating and nine have issued a buy rating to the company.

Citigroup’s nearly $10 billion in total Russian exposure is more than most other U.S. banks have. In fact, uniquely among major U.S. banking institutions, Citigroup operates physical branches and offices in both Russia and Ukraine.

The reality is that Citigroup does hold billions of dollars in now-troubled Russian assets, and these could ultimately turn into substantial losses for the bank and its shareholders. Citi was already planning to sell its Russian consumer banking unit, but it hasn't done so yet, and the current situation will make such a sale much more complicated.

A Successful Citigroup Trade Based On A Put Option!

What Further Citigroup Weekly Trades Will We Recommend?

Back to Weekly Options USA Home Page from Citigroup