Members of “Weekly Options USA,” Using A Weekly Call Option, Are Up 53%
Due To An Analyst Upgrade!
More to come?
Join Us and GET FUTURE TRADEs!

Apple Inc stock price surges due to an analysts upgrade noting growing services business and large customer base as bullish drivers for the stock.

This set the scene for Weekly Options USA Members to profit by 53% using a Weekly Call Option!

The stock pulled back Wednesday afternoon which allows for future members to enter or a further investment of existing members. 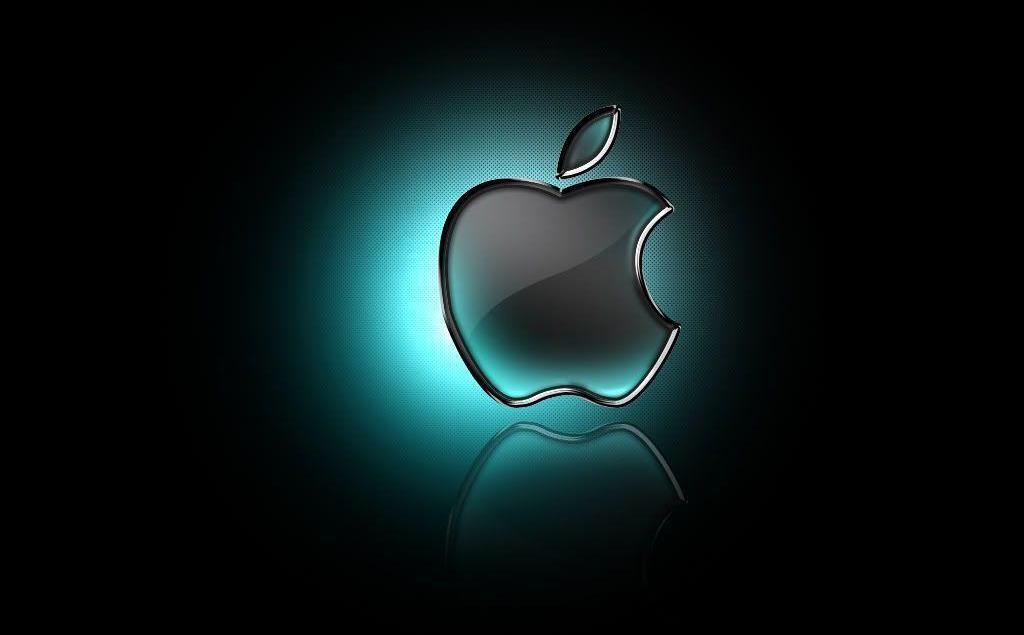 Why the Profit on Apple Inc Stock?

Shares of Apple Inc (NASDAQ:AAPL) have been approaching their 52-week high and many analysts believe AAPL stock could cross over $200 per share by the end of the year.

Apple has been growing its “Services” business unit for some time. In its most recent fiscal year, that unit generated some $80 billion in revenue. For some context that was about a quarter of the total revenue the company generated for the year.

And Apple Inc stock is still a relatively small player in the streaming market. But it has big plans to change this situation.

Credit Suisse upgraded Apple Inc. (NASDAQ:AAPL) to overweight from neutral, and raised the price target on the stock to $201 per share, implying a 16% upside from Tuesday’s close. Analyst Shannon Cross noted Apple’s growing services business and large customer base as bullish drivers for the stock. Apple shares are are up 15% in the past month.

While the global smartphone industry is poised for a big pullback the second half of this year (after a strong two-year run from 5G network device upgrades), Apple sees very little disruption to iPhone demand at this juncture. It's a testament to how powerful the Apple brand is as iPhone adoption continues apace, especially in emerging markets like Indonesia, Vietnam, and India.

Apple Inc stock expects that its revenue growth will accelerate in the third quarter of 2022. The company doesn't think that the supply chain issues that have caused problems so far this year will be as significant. Apple also could deliver an especially strong Q4 after the anticipated launch of iPhone 14 in September.

Shares of are approaching their 52-week high and many analysts believe Apple Inc stock stock could cross over $200 per share by the end of the year.

Apple Inc stock has been growing its “Services” business unit for some time. In its most recent fiscal year, that unit generated some $80 billion in revenue. For some context that was about a quarter of the total revenue the company generated for the year.

And Apple is still a relatively small player in the streaming market.

The company serves consumers, and small and mid-sized businesses; and the education, enterprise, and government markets. It distributes third-party applications for its products through the App Store. The company also sells its products through its retail and online stores, and direct sales force; and third-party cellular network carriers, wholesalers, retailers, and resellers.

Apple Inc stock was incorporated in 1977 and is headquartered in Cupertino, California.

Through the first three quarters of Apple's fiscal year 2022 (the fiscal year ends Sept. 24), iPhone sales were a staggering $163 billion -- up 6.5% from last year. It's a slow and steady pace compared to times past, but nonetheless an impressive number. The iPhone business is sizable enough to offset weakness in other areas (like Mac and iPad sales), and is highly profitable. Apple used those margins (plus a little cash off the balance sheet, which had $179 billion in cash and investments and $120 billion in debt) to return $28 billion to shareholders via dividends and share repurchases last quarter alone.

The company now has many hundreds of millions of actively used devices around the globe, and it keeps tight control over its ecosystem of hardware and software. Thus, Apple Inc stock can gradually release new features to the iPhone to generate incremental revenue growth -- primarily from its services segment. These services (like the App Store and digital payments) hauled in $19.6 billion in sales last quarter, a 12% year-over-year increase.

With other device sales losing steam this year, Apple Inc stock is still chugging along at a healthy pace.

The release of the iPhone 14 is just weeks away – but leaks have already indicated much of what might be due to arrive.

The new handset is set to get some considerable new features, improvements, as well as the removal of some well-known design elements, according to early reports.

Apple Inc is set to release the phone in September, alongside a host of other products.

Maybe the biggest for the iPhone 14 could be an always-on display. That has been suggested not only by multiple rumours, but also by the upcoming iOS 16 release, which appears to include design features intended to make the most of that display, by showing important updates.

Apple Inc's suppliers are in talks to produce Apple Watch and MacBook in Vietnam for the first time, Nikkei Asia reported on Tuesday, citing people familiar with the matter.

Apple Inc stock has been shifting some areas of iPhone production from China to other markets, including India, where it started manufacturing iPhone 13 this year, and is also planning to assemble iPad tablets.

India, the world's second-biggest smartphone market, along with countries such as Mexico and Vietnam are becoming increasingly important to contract manufacturers supplying American brands, as they try to diversify production away from China.

In the last 12 months, Apple Inc has made $387.5b in revenue, and $167.9b in gross profit, putting the gross margin at 43.3%. Revenue grew 4.4% more than COGS, boosting the margins and making the company more productive at the production level.

Shifting to the bottom line, the last 12 months of earnings came in at $99.6b, striking a 25.7% net profit margin. Net margins have also grown some 2.8% from last year. On the other side of the earnings are the free cash flows attributable to investors - these came at $107.582b, even higher than the mentioned earnings. This means that the company is a great cash converter (negative accruals), which is sometimes a leading indicator of better performance.

Like many of its streaming rivals, Apple Inc does not disclose the exact number of people who watch its TV shows and movies. In fact, Apple goes further than competitors such as Netflix and Walt Disney's Disney+ in that it also withholds Apple TV+ subscriber figures. Instead, the company combines its video-streaming numbers with the rest of its services business, which includes Apple Music, Apple Arcade, Apple TV+, and more.

While Apple TV+ viewer numbers surely matter to Apple, this is not the only audience the company is thinking about. With devices like the Mac, Apple Watch, and of course, the iPhone, Apple has several revenue streams, with many overlapping customers. Leveraging its installed device user base, Apple has expanded into a diverse mix of ancillary services such as video-editing tools, payments, and music streaming as a way of bolstering its hardware operations and developing other revenue streams.

While it seems unlikely Apple Inc will start reporting numbers for the individual parts of its services business any time soon, that could change if any individual offering gains dominance in its field. If Apple TV+ subscriber numbers started to look like they could challenge those of Netflix or Walt Disney, then Apple may opt to provide greater insight. But as things currently stand, market watchers should focus more on how the services unit is doing as a whole, as it's clearly becoming one of the most significant parts of Apple's business.

The benefit of live sports is … it’s live. So, consumers must stay engaged with a platform to access the live sports they want to watch. And in the United States one of the primary draws when it comes to live sports is the National Football League (NFL).

According to some industry insiders, Apple Inc is the leader in the bidding to get the NFL Sunday Ticket contract when it’s existing contract with DirecTV expires after this season. This is a logical extension of Apple TV’s foray into streaming Major League Baseball games this season.

It will come with a price. Forbes reports that it will cost Apple Inc approximately $2.5 billion for the rights to the Sunday Ticket. That’s significantly more than the $85 million the company is paying Major League Baseball. However, investors shouldn’t be too concerned. Apple generated nearly $93 billion in free cash flow in 2021.

The iPhone has been Apple's big money maker for years. As the company revealed in its Q3 earnings, iPhone sales were up almost 3% year over year at $40.7 billion, accounting for almost half of all its revenue for the quarter. However, at $19.6 billion, services is now Apple's fastest growing sector, representing a 12% increase year over year.

The growth of Apple's services division is a positive for stakeholders as other parts of the company's operation are struggling amid economic headwinds: iPad revenue for Q3 was $7.2 billion, down 2% year over year, while Apple's wearables, home, and accessories unit managed $8.1 billion, a drop of 8% year over year.

Warren Buffett and his company Berkshire Hathaway were once again buying stocks in the second quarter of the year, although not nearly with the same ferocity of the first quarter when they pumped $51 billion into stocks.

Berkshire just released its 13F filing, which shows what stocks the company purchased and sold in Q2, which started April 1 and ended June 30.

Buffett and Berkshire didn't buy anything new but did increase their position in several of their existing holdings.

Buffett and Berkshire continued to increase their position in some of their largest portfolio holdings, such as their overwhelmingly favorite stock, Apple. Berkshire added roughly 3.9 million shares and now has 894.8 million shares in the tech giant. This values Berkshire's position in Apple at close to $155 billion based on today's closing price, which represents a nearly 5.7% stake in the company. With Berkshire having roughly $300 billion of equity holdings at the end of Q2, which means Apple made up 40.7% of its equity holdings at the end of the quarter when you exclude Berkshire's $105 billion of cash and cash equivalents.

Apple Inc was upgraded by research analysts at Credit Suisse Group from a “neutral” rating to an “outperform” rating in a research note issued to investors on Tuesday.

Apple's 41 analysts estimate revenues of $411.6b in 2023, which would reflect a modest 6.2% increase in its sales over the past 12 months. Given that the CAGR in the last 5 years was 11.6% it is fair to expect growth to be lower than the historical figure as the company matures.

We can see that the company is entering a sustainable growth phase, which means that they will have to continuously invest in the business and can expect single digit growth rates. Innovation and new projects, such as Apple finance and the Apple car, can supercharge this growth, but the company may not execute within expectations, so we can't count on these projects just yet. 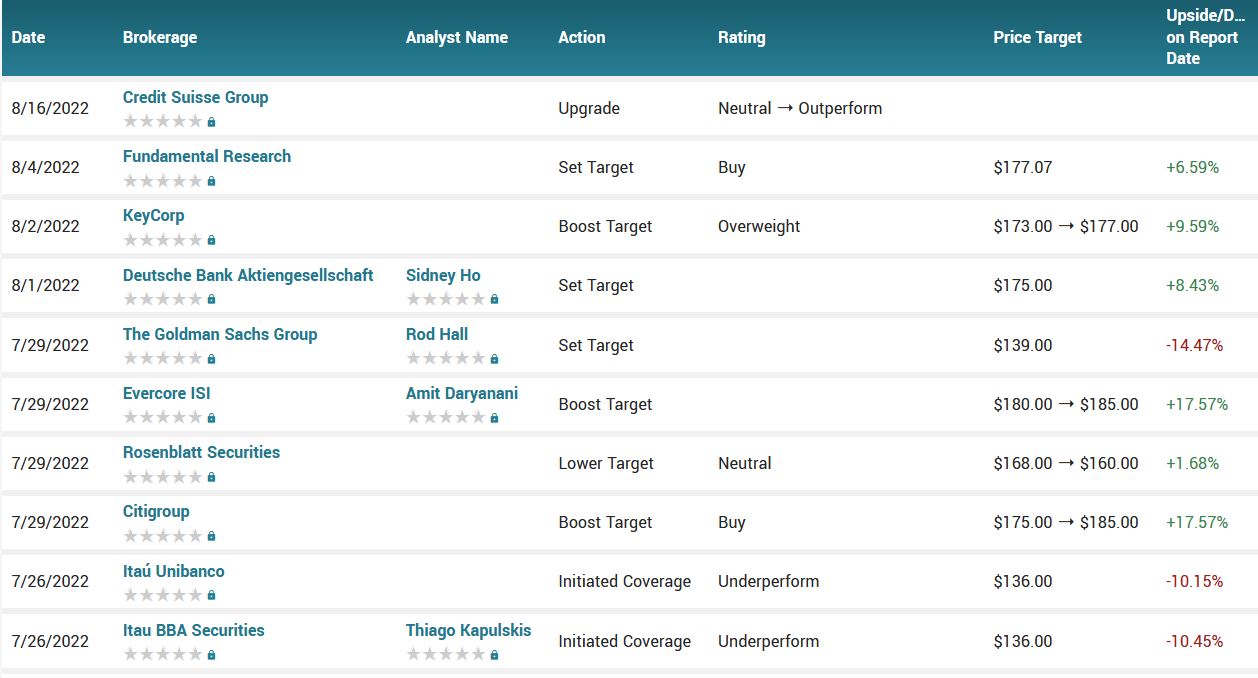 Apple Inc ranks as one of the top stocks helping drive the market rebound. It's the biggest component of both the Nasdaq Composite Index and the S&P 500. And Apple Inc has been on a roll in recent weeks. 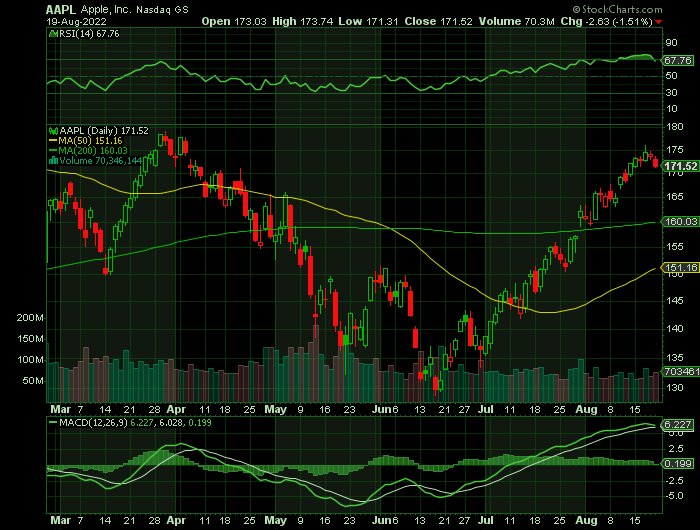